Here’s a tip if you ever find yourself writing a topical periodical: don’t ever announce that things are slow, because the following week things will be even slower and you may find yourself short for schtick. That said, for all there isn’t to write about, there’s something nice about this summer malaise, and the dearth of news may not make for an interesting email but it does set a mood for the rest of the day. Enjoy.

No one wants to live here Home sales are way down on the Key this year compared to last year, with condos down 28% and houses down 34% over the same period in 2018. This is probably old news, considering it was announced a few months ago that our property values are also down, but it’s nice to be reassured of our lamentable situation. 🙃

Sea Bee Dee Did you head to the beach this weekend? There were no crocs or whales this time, but there was about 5 yards of seaweed piled a foot high right on the shore. This article doesn’t have a solution for you, but it does say that the Village is running two shifts to try and clean it up. 🚜

This old shack you see here was once a playhouse. It was built in 1917, where the Grand Bay is now, as a place for plantation workers. The Key Biscayne Music and Drama Club, formed in 1956, took permanent residence in the building in 1966. 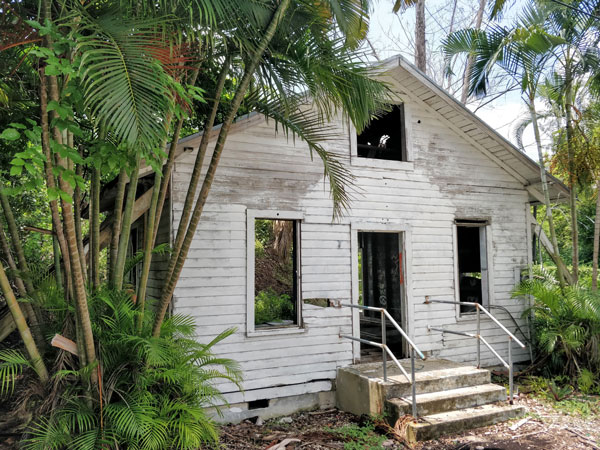 Thirty people and it was a packed house.

In 1969 the structure was picked up and moved to its current location at Calusa Park to make room for the Sheraton Royal Biscayne Hotel (precursor to the Grand Bay). On July 18, 1990, the structure was designated as a historic site by Dade County.

For forty years the little island theater was a dedicated home for the Key’s theatrical productions (you can watch an old clip here and full shows randomly on channel 77). Then in 1995, while still in active use, the playhouse was closed by the county citing it as unsafe. A little while later, while it was closed, some key rat sixth graders started a fire inside which destroyed the majority of the structure. They were never caught.

After that there was a bit of a push to try and rebuild it, but the momentum came and went. But it’s not like there’s a lack of theatre on the island: along with school productions and one-off shows, we have a theatre company founded here, City Theatre, who produce the Winter/Summer Shorts series. 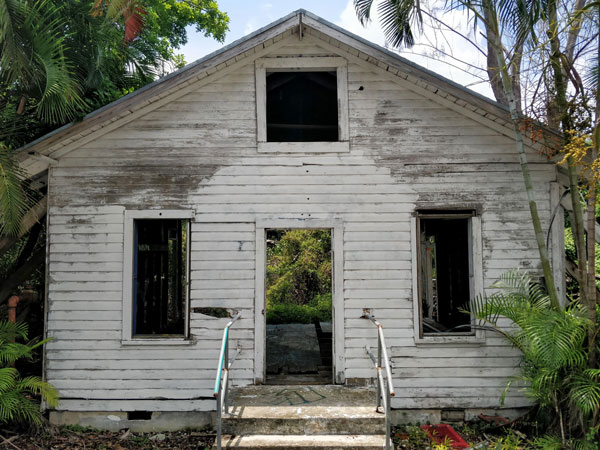 There’s something to be said about a dedicated space over setting up a makeshift stage in an empty room at the rec.

Light at the end of the tunnel

Questions, comments, tips, or to perform a soliloquy together 🤔, write to hi@tropicalrag.com.

You’re all the way down here? Take it easy, you can leave things halfway; it’s summer. 🌞