There’s a hurricane on the way! Well, kind of. Ok, it’s four days away and probably won’t even hit here but we’re going to get all hyped up for it anyway. 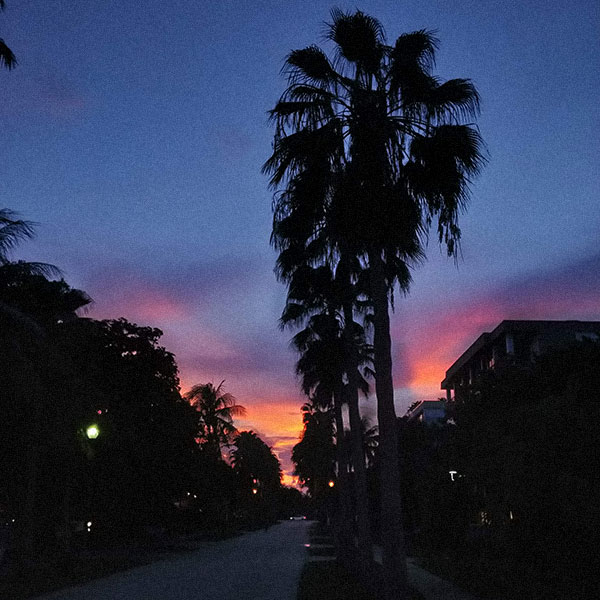 Unrelated, a sunset on Sunrise this week.

First we’ll do some news, though. Enjoy.

Not about the storm

Reelin’ in the tears Fishing off the Mashta bridge has been banned once again. After a string of complaints from Mashta Island residents, and a presentation to the council highlighting the mess fishermen make on the tiny trestle, the Council voted unanimously to ban.

Not being able to fish off Mashta joins the effective ban of using Nixon beach and losing the Ski Dock on the list of things that old key rats can grumble about. One shimmer of hope? There’s already a petition going to get fishing going again. 🎣

Bogged down City of Miami has plans to turn an old landfill on Virginia Key into a park, complete with 20 acres of sports fields and other facilities. Before that can happen, though, Dade County needs to clean it up, and they’re saying that’s not gonna be done for another two years at least.

You might look at a storm like this and think there’s nothing to get worried about, and you’re probably right, but a storm veteran knows this is a good time to check if their shutters are closing, to have an idea of where they might stay during the storm, and to stock up on booze.

Should you evacuate?
Look at you. You sleep under a duvet with the air conditioning cranking at 68°F. You can barely light a barbecue. When a hurricane hits, the power goes out (some buildings even cut it before the storm). Do you know how hot it gets? And if you live in a building, they use electricity to pump the water up above the 4th floor, so forget a cold shower. Don’t think you’re going to spend the time browsing dank memes on the internet either, as cell reception is affected too. Imagine you, your spouse, and your kids all crying because you’ve got nothing to do, nothing good to eat, you’re sweating your bits off, and you’re slowly going crazy because you haven’t left the house in 36 hours.

Once the storm passes, it’s not over. The sun comes out and it’s even hotter. There’s debris everywhere. The power is still out on half the island, so you’re still not getting Sir Pizza. It’s another 36 hours before that cushy lifestyle you’re so used to even begins to reappear. 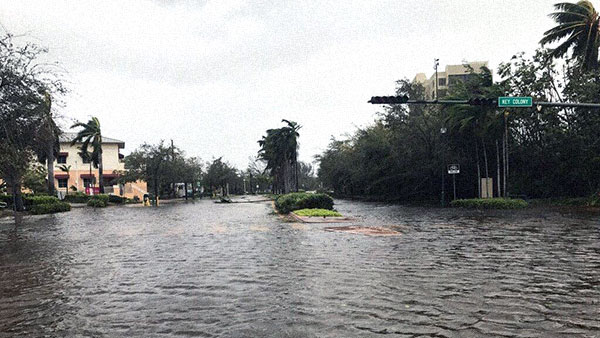 If the County gives that evacuation notice, you might think they’re being alarmist, and many times they are. They have to be, though, as they have to account for the unpreparedness of every fool on the island. During the last storm, right in the middle of it, one KBer locked themselves out of their house and had to sit through it outside. Then you had a bunch of kooks complaining about how miserable it was after the storm (no shit, buddy, a hurricane just passed through). Of course the County is going to tell everyone to evacuate at the first sign of trouble.

Everything mentioned here only accounts for what happens when a moderate hurricane hits us. It can get even worse (your roof flies off, windows broken, no medical response, power lines down, flooding your car, bridge out, etc).

So should you evacuate? You’re going to do what you want, just make sure you’ve really thought it through. 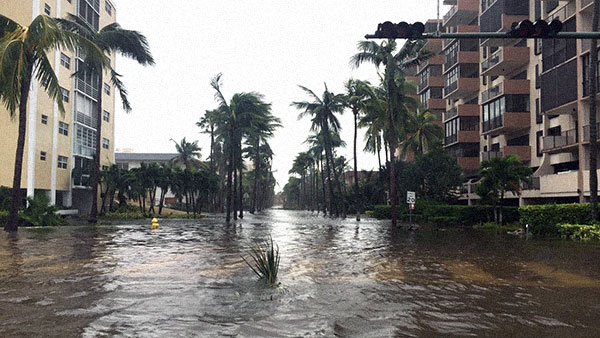 The old Chief Harmon fishing tournament logo, whose rules specified all fishing had to be done on the island.

Questions, comments, tips, or to ride it out in the lighthouse together, write to hi@tropicalrag.com.

That’s that. Enjoy your hurricane party 🍹. Hopefully you get a day off.