Do you know what the Key Biscayne flag looks like? Most people don’t. Even if you do, do you think you could draw or describe the details from memory?

More on that later. Let’s get through the news first.

Eau de toilette Key Biscayne beaches were listed as unsafe for swimming once again last Thursday. As of yesterday, they’ve been declared safe again. Still no word from anyone on how to mitigate this so get used to a forecast of intermittent poops. 💩

Open and shut After some car thefts on the island in the past couple of months, people have been asking KBPD Chief Press what the hell is going on. He says the Key is safe, so it’s case closed. He actually says a lot more than that, but yes, those thefts were out of the ordinary. 👮‍♀️

Think of the children New sidewalks are almost certainly coming to the following streets: Ridgewood, Glenridge, W Enid, and W Wood. It’s part of an initiative to make it safer for kids to walk to school. There’s a meeting about it at the Village Hall tonight if you want to express your support (good luck if you’re opposed). One thing not up for discussion: making the sidewalks less ugly.

Andrew ‘92 In case you missed it, the Islander published a few photos of the aftermath of Hurricane Andrew on the Key. 🌀

Look at this flag. This is what the Key calls its flag right now. 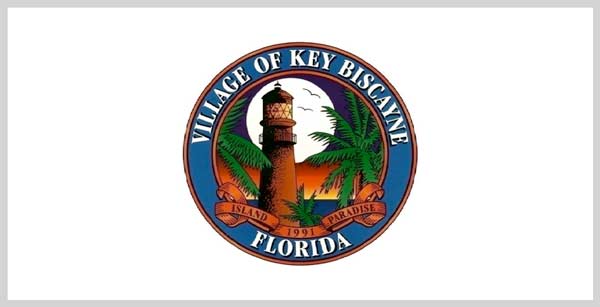 The 'flag'. The gray border is not part of it.

Let’s imagine the thought process behind this flag. Key Biscayne had the seal, what you see in the middle. At some point, someone realized they might need to fly a flag somewhere, so they copied the seal into a Word document, sent it to a flag maker, and never looked back. We’ve been stuck with it ever since.

So what’s wrong with it, and what makes a good flag? Vexillologists (flag nerds 🤓) say that the five principles behind good flag design are as follows:

Keep it simple. The flag should be so simple that a child can draw it from memory.
Use meaningful symbolism. The flag’s images, colors, or patterns should relate to what it symbolizes.
Use 2 or 3 basic colors. Limit the number of colors on the flag to three which contrast well and come from the standard color set.
No lettering or seals. Never use writing of any kind or an organization’s seal.
Be distinctive or be related. Avoid duplicating other flags, but use similarities to show connections.

Our half-assed flag breaks between three and five of those principals. You can break the rules and get away with a great flag (hello, Maryland) but our flag breaks the rules in its mediocrity.

Oh, and don’t think that people don’t want a flag. You have key rats riding around with stickers of ‘KB’ and outlines of the island pasted on their cars. Of course they want a flag, but if they put a Key Biscayne flag on their car it would be so small it’d look like a surrender flag with a blemish in the middle. Well designed flags work at small sizes.

You couldn't make an emoji with our flag.

Now let’s take a look at some well designed flags you might not know about. 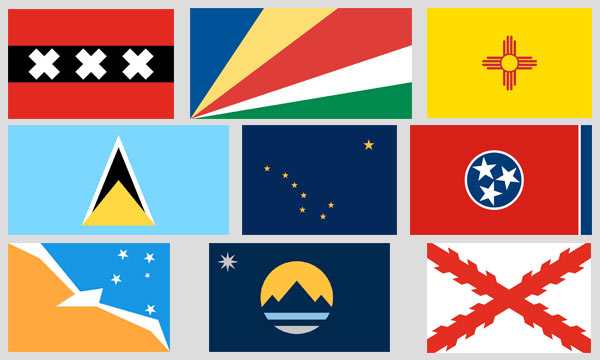 Not from the peanut gallery

Last week we asked if you thought it was a bad thing that people announce KBPD speedtraps across chats and essentially blow their cover. No one responded (thanks 🙄), but it doesn’t matter, because the chief of police himself had a comment about it:

“If these chats force people to slow down so they don’t get stopped by cops that is just as effective as writing a ticket: the end result is a slower driver.”

You ever wonder why the University of Miami uses the colors green and orange? 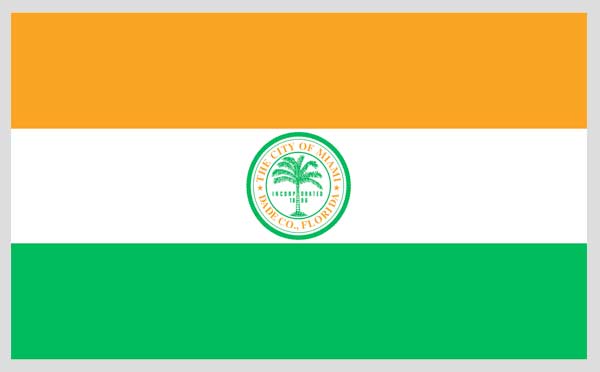 Flag of the City of Miami. They never expected India to become so popular.

Wouldn't wanna be ya

Questions, comments, tips, or to open a dive bar behind Winn Dixie 🍺🎶🎱🚬, write to hi@tropicalrag.com.

Alright, that’s it! Don’t hesitate to reply if you’ve got something to say 🗣