It’s that time of the season again. Which time? It depends who you ask. 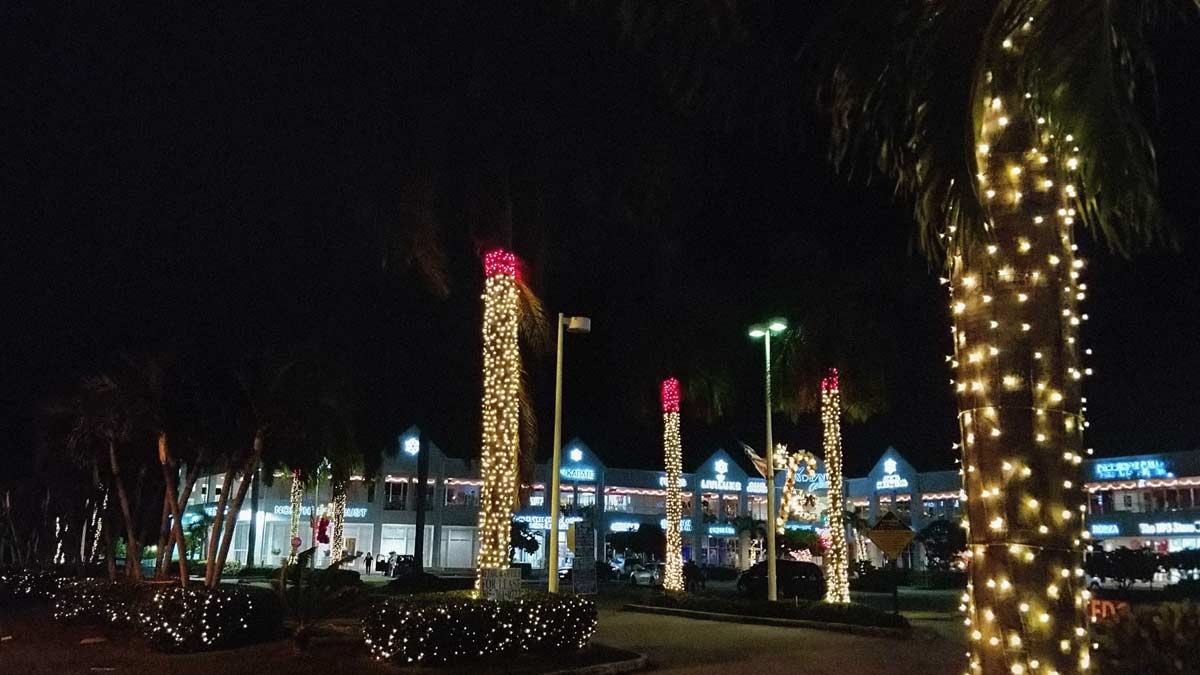 🎅🏻 Merry Xmas! The light guys give a 5% discount if you hire them before Thanksgiving.

Last week there was a bad joke in this publication saying manatee poop was the cause of all our beach worries. It’s come to our attention that some of you may have believed that. Here’s what we actually know right now about the bacterial problem:

2. It’s almost certainly not the Virginia Key sewage plant. Many people want to assume it’s the plant, but there isn’t anything that shows the plant is routinely dumping sewage into the ocean.

3. The leak from the plant last month was treated, chlorinated water. That advisory was for the chlorine, not for bacteria. The plant has leaked sewage before, but the people who test the ocean waters do not think that’s what’s responsible for the ongoing problem.

4. Enterococcus is not poop. They test for this bacteria because it is found in the intestines of animals, but it’s also found in decomposing plants.

5. The poop found on the beach recently was not human, or dog. Someone grabbed the sample (🤮) and they ran tests which ruled it out. A local wildlife expert thinks it was a manatee (and yes, there are plenty of manatees on the ocean side).

6. The unknowns are seaweed, septic tanks, rain, etc. We know that seaweed can harbor the bacteria, but we can’t say for sure if it’s the problem. We know old septic tanks can leak but we don’t know if the ones on the Key are leaking (luckily they will be removed by next year). We know rain water carries bacteria, fertilizers, and more from the streets into the ocean, but we don’t know how much (Look at how Miami Beach pumps dirty rain water in the bay).

The Village, concerned residents, and concerned organizations have been tasked with researching all those unknowns, and we should have some idea soon. For now, though, we don’t know 💩 so tell your friends not to spread 💩 around, because it’s just making everyone upset.

Why it’s almost impossible to beat the Lighthouse Run record

This past Saturday, KBer Jonathan Russel took first place in the 42nd Lighthouse Run 10k for the 3rd year in a row. He finished in 37m41s.

Back in the early ‘80s, a guy named Benji Durden had been going all over the country participating in races. He had qualified for the 1980 US Olympic marathon team but couldn’t participate due to the boycott. This dude pretty much ran for a living. And then one day in 1982, he came to Key Biscayne, and he crushed the 10k with a time of 29m39s.

The women’s record, set by college track runner Darien Andreu, is also very fast at 34m49s. It might be a little more attainable since she never qualified for the Olympics.

Regarding the accident on the causeway last week:

Very sad news indeed of the drinking & driving incident on the Rickenbacker.
…
Moving forward, has there been any discussion to see if they’ll be changing this “highway divider”?

I love the grass in the dividing area, but come to think of it, it’s not really safe nor practical as if you need to make an emergency stop on that side, your car’s grip will lose all traction once it enters the grass.

What if they were to replace that fence with a concrete wall (kind of like the one they have on I-95) or a metal impact railing?

Do you think that would’ve changed the outcome of the driver who passed away from injuries?

Questions, comments, tips, or to sleep in together while it rains 🛌, write to hi@tropicalrag.com.

Is the temperature really going to drop or is it just a tease? Have fun this weekend.