Finally a bit of cold. How nice is it to be able to crack all your windows and turn off your AC for a week? Wait, what? You’ve been running your AC this whole time? Jesus H. double hockey sticks.

It’s also the time of year when you might get a swell off the southern tip of Key Biscayne: 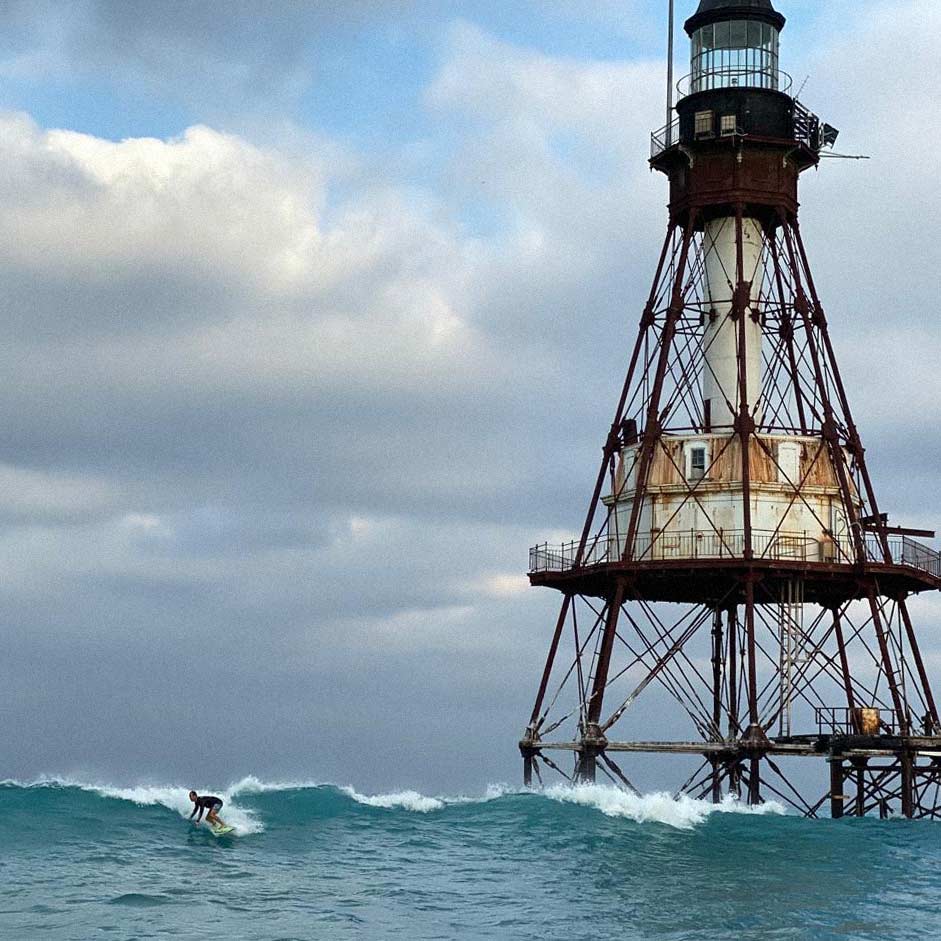 It’s beach talk all the way down from here (with pics!), so put on your snorkel.🏊‍♂️

Are the beaches really more dirty than ever?

At last week’s water quality workshop, in certain letters to the Islander, in the chats, and on the street, there’s this hyperbolic chatter that goes something like this: “I’ve lived here for 20+ years. The beaches used to be pristine, and now they’re disgusting!”

But is that really true? We’ve got some data from the Florida Dept. of Health, and it seems to paint a different picture. More on that in a bit.

The seaweed
Key Biscayne beach has always had seaweed. It’s natural and part of the ecosystem. 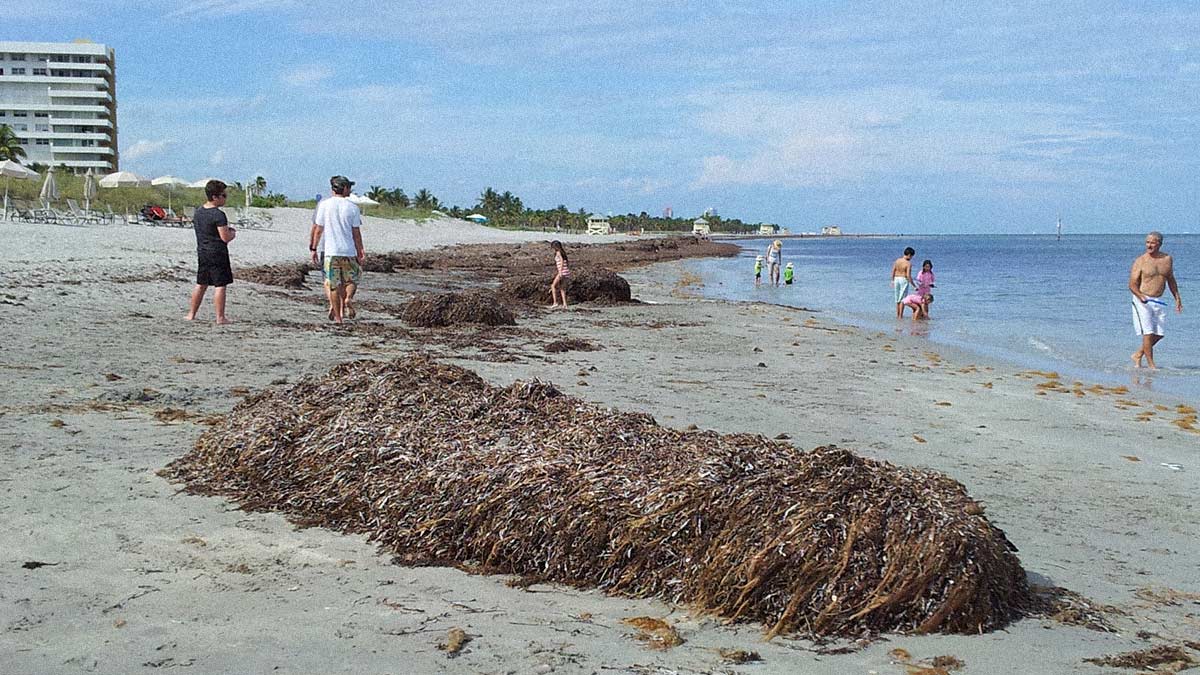 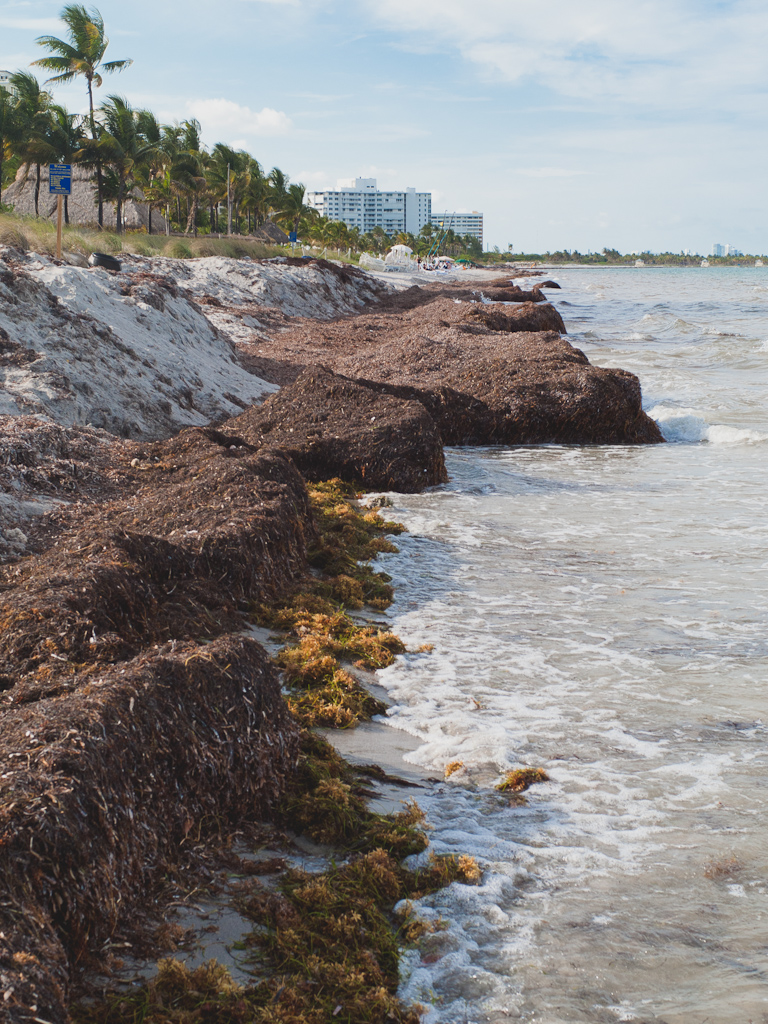 The seaweed has been getting worse, due to a variety of factors out of our control as a Village, but there’s been bad seaweed seasons longer than most people’s recollection.

Wipe your feet
Does no one remember having to clean tar off your feet after going to the beach? Up until around 2000 it was totally normal. 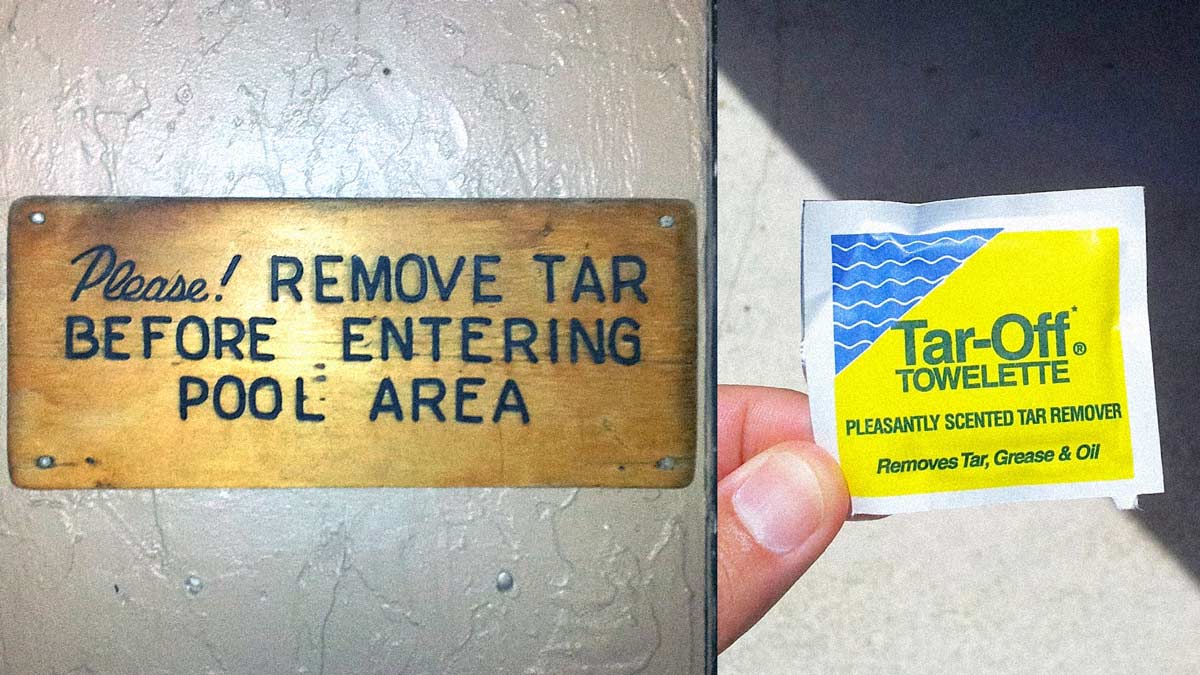 Were you just swimming in tanker discharge? Don't worry, there's a wipe for that. Key Colony 2012

Some beaches on this planet have naturally occurring tar, but that’s not what was happening on Key Biscayne. It came from all the ships coming to and fro the port. You might say that tar isn’t the same as bacteria, but if a ship is freely dumping something so conspicuous that it was normal to have wipes and signs at the beach, what do you think they were doing with their toilet water? 🏄🏽‍♀️

Just give me the data

What does the data say? Well, there’s a lot of it, and it does point to a recent uptick in bacteria, but it tells us a lot about the past also.

If you actually look through the spreadsheet, you’ll also notice that the bacteria levels don’t gradually increase and then gradually dissipate. Instead, you’ll have one day that’s perfectly clean at 2/100 the next at 300/100 and the next at 7/100. And it’s different at each part of the beach. Unless you know the sample for that day, in that spot, you’re out there playing Russian poolette. 💩🔫

Moral of the story

The point here is not that it’s cyclical or anything like that, but that you’ve always been swimming in dirty water, so don’t let anyone tell you otherwise. The difference today is that for the first time ever, our Village government is trying to figure out what could be the cause, and are actively trying to stop it.

Next time some hysterical moran tells you it used to be so good, point them here (subscribe!) and tell ‘em you wanna see the receipts.

Floridians have until Friday to comment on whether the state should set limits for toxic algae in water (Thanks, Rumya!). While toxic algae isn’t the same problem we have in our waters, you know it’s been affecting other beaches.

If you want to fire off a quick email to add your voice in support, there’s the email below. Just tell them you live in Key Biscayne and the beaches here have never been dirtier 😏, so you support a limit on toxic algae as a precaution.

Questions, comments, tips, or to watch Dr. Strangelove together 🍿, write to hi@tropicalrag.com.

Next week we profile the hobos on the island 🧔🏼. Stay tuned!