Well, on the bright side, it feels like Key Biscayne 1989: a long sun and Crandon is empty. It’s not exactly the same ‘cause you can’t go anywhere you want, but it’s got its charm; there’s no need to worry crossing the street and you’re always on time. 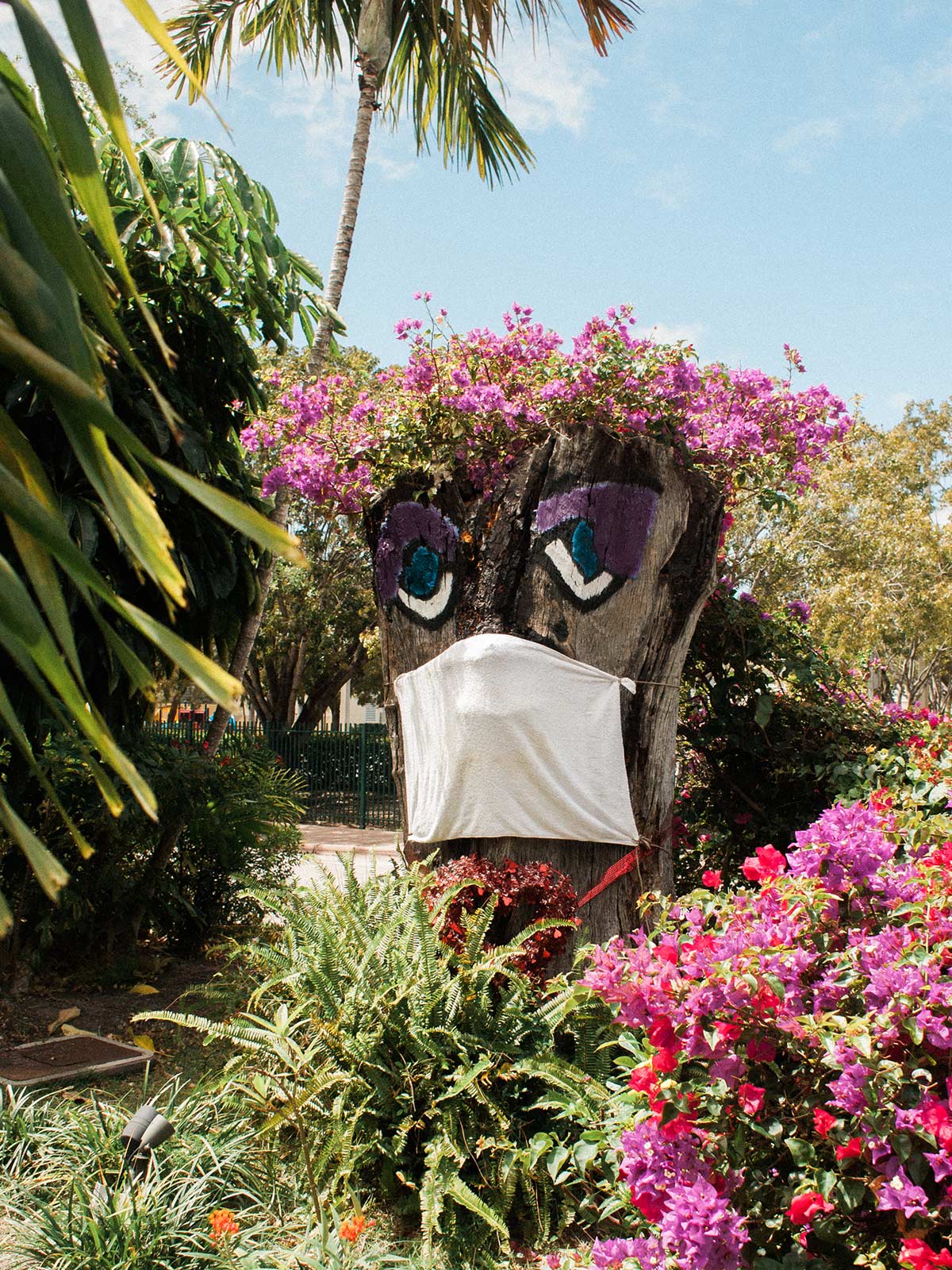 Seriously, though, we are officially in the thick of it, and face it: this thick is going to last a while. You’re only human, and you’re gonna do what you’re gonna do, but when you do, please, please consider everyone else. It may be the first and last time in your lifetime that your trivial decisions can affect so many.

That’s all the scolding for now. 🤓

Check your mailbox. It’s almost certain that you’ve received your census form. There’s a code inside. Take it to the website, fill it out, and get counted. Washington takes that info and decides how much we matter. If you don’t fill it out, we don’t matter at all. If you do fill it out, we matter very very little. 🤷‍♂️

Almost there The dream of shutting down the bridge came one step closer to reality on Sunday night when the Village declared restrictions on non-residents entering the island. Monday morning came and a checkpoint was set up at the entrance to the Village, directing non-residents with no business on the island to gtfo. 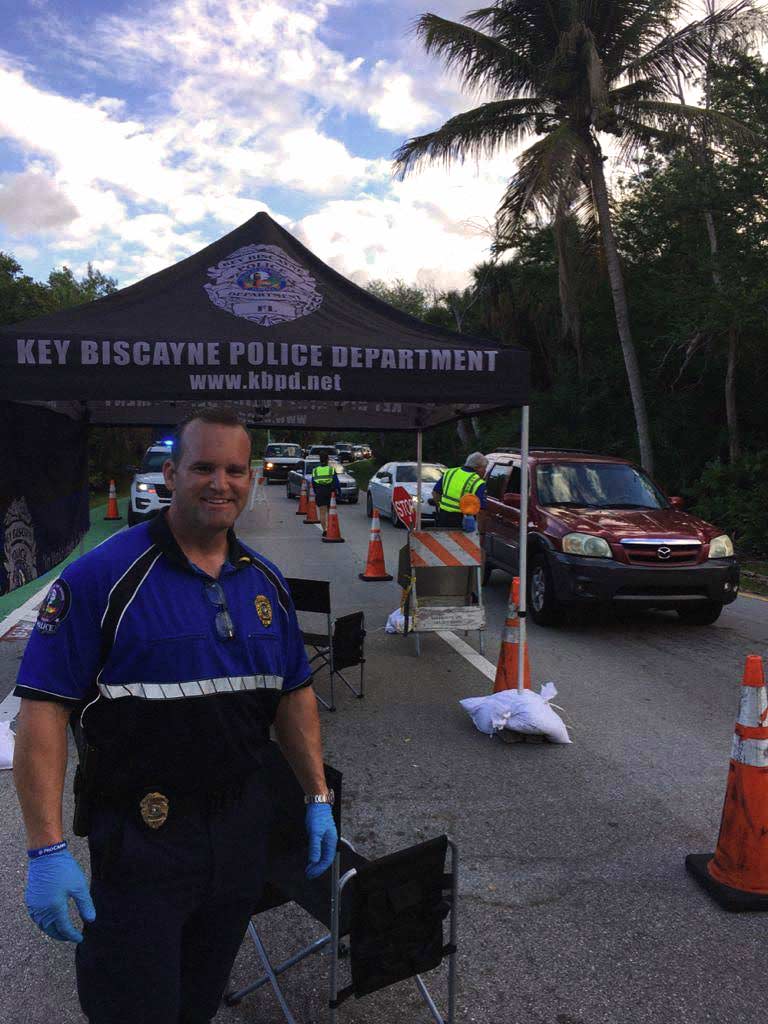 Officer Friendly says if you're not from the Key you're going to jail.

After about 6 hours, the Village got rid of the checkpoint because of the hour+ long delay to enter. The rule is still in place, though, and judging by the lack of cars on the island, it seems everyone got the message. 🙅‍♀️

Stats don’t lie Last week, when the Rag went out, Dade County was at 77 confirmed infections. Today we’re at 491. Want to take a guess at next week’s numbers?

We now have stats for the Key: 8 confirmed cases as of last night. Where on the Key? Right next door to you. 😷

Since it’s changing often, if you want more info on what’s allowed and what isn’t, check the Village website. 🕸

Fiddler on the balcony Not to be outdone by the Italians, we’ve got our own balcony performer here on the island. A video started circulating of a violin player playing for his neighbors over at the Commodore Club, and since then he’s gone on to do more performances, from the balcony and on the internet, and to be written about in the Herald.

There’s another violin player out there who, presumably seeing how popular balcony violin guy became and wanting a slice of those claps from bored grandmas, started playing in people’s front yards. It’s not quite as glamorous as the balcony, but at least he doesn’t play Coldplay. 🎻

Zen and the art of bike maintenance Your thoughts are racing with all the uncertainty right now, and you’ve got a bit of time. “Bicycle Bill,” who long ago gave up bikes to open a meditation studio, has been putting out a series of videos to help you get a hold of yourself, and hopefully stop that urge you have to forward every stupid coronavirus tip you find. 🚲

(Bill and the Bell)

The big rumor this past week came in the form of a voice memo passed around from chat to chat. In it, a Key Biscayne woman is telling a story to her friend about a bizarre encounter with a neighbor.

She says she ran into a neighbor who was staying 5m away, and asked what was up. The neighbor, who was coming back from the Winn Dixie with groceries, says she doesn’t want to get close because she has the coronavirus; that she caught it from someone on her floor. The narrator, shocked, asks why the person would be out and about, and going to the store. To that the neighbor replies that she had to do some shopping. The narrator goes on to ask why she didn’t send her husband, or someone else. The neighbor replies that he wouldn’t know what to get.

Could this be true? The interaction with the neighbor likely happened, but it’s hard to imagine a person who truly tested positive for the virus being so thick as to not stay home. Still, there are a lot of stupid people out there, so consider that next time you decide to go to the store.

KB is looking more like the Hotel California…you can check in but you can never leave and if you do manage to leave, forget about checking in again.

Tourists realizing the beach is closed 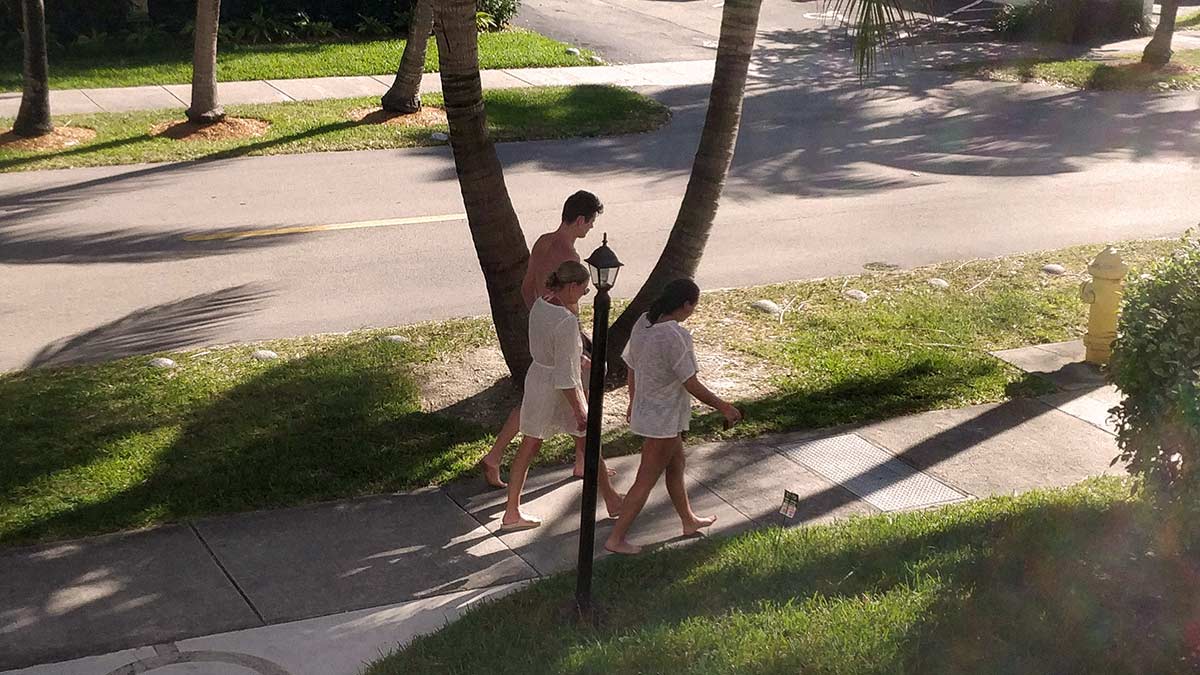 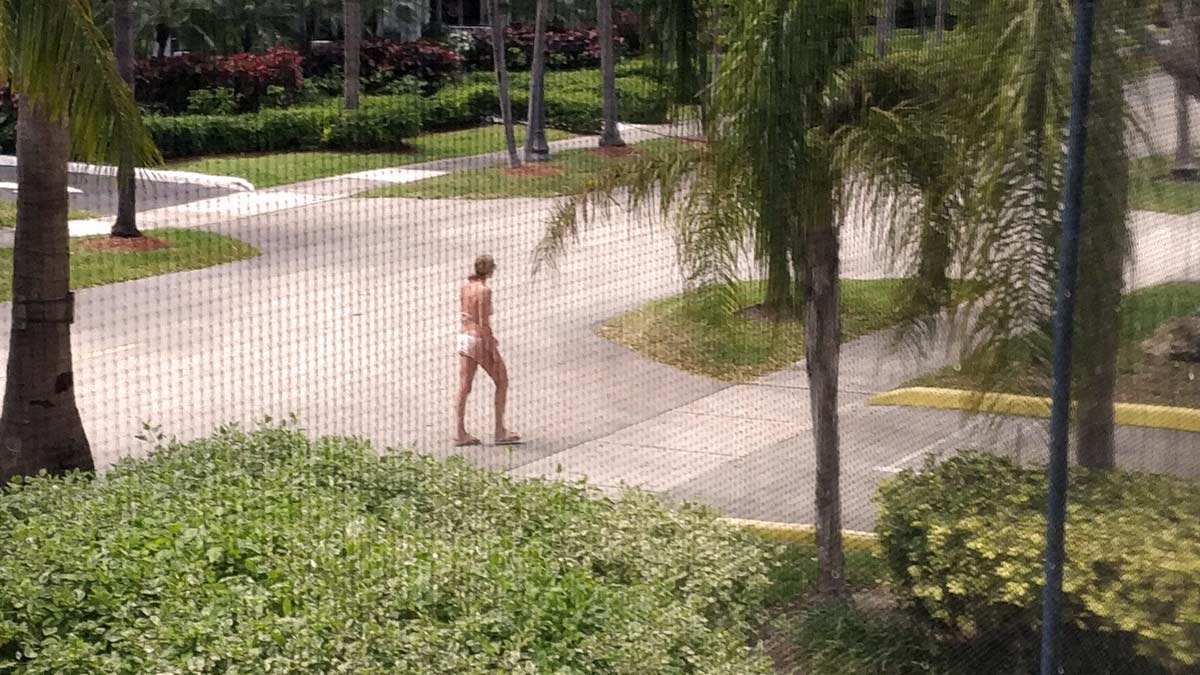 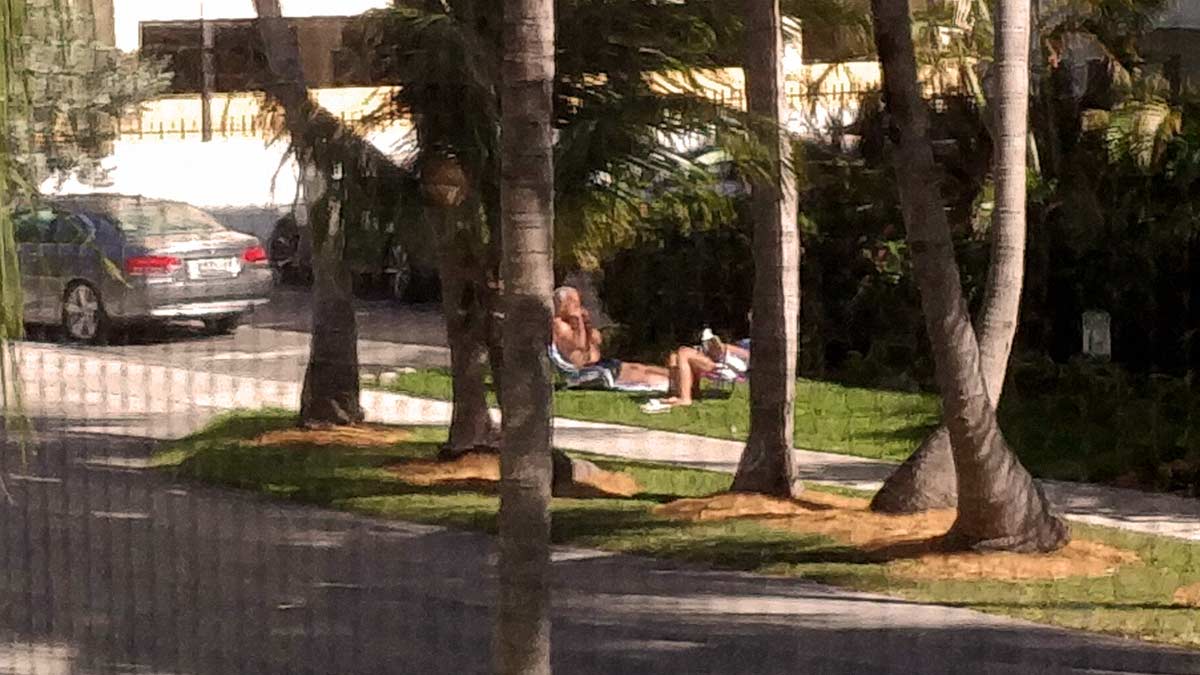 Questions, comments, tips, or to wave at each other from across the street 👋, write to hi@tropicalrag.com. 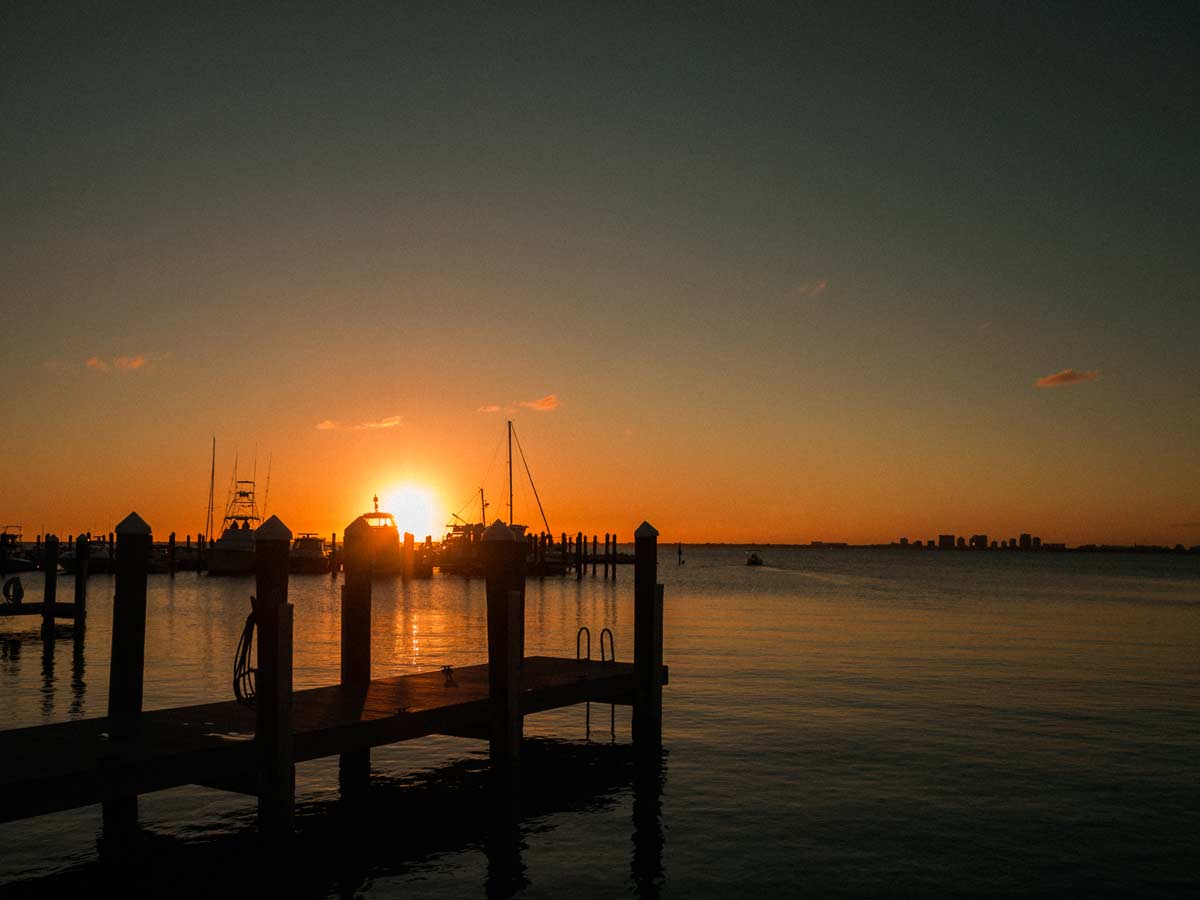 Last week. No matter the time, place, or catastrophic event, sunset photos are just as boring.

Oh, suddenly everyone is into walking, eh? 🚶‍♀️