The less things change the more they stay the same, except just yesterday we had our own little change: some of the parks are open again.

Your cocky editor here at the Rag took a walk around the island to check it out. First day out and you could see almost every rule being broken. Hell, people were even breaking the new park rules at parks that aren’t even open. 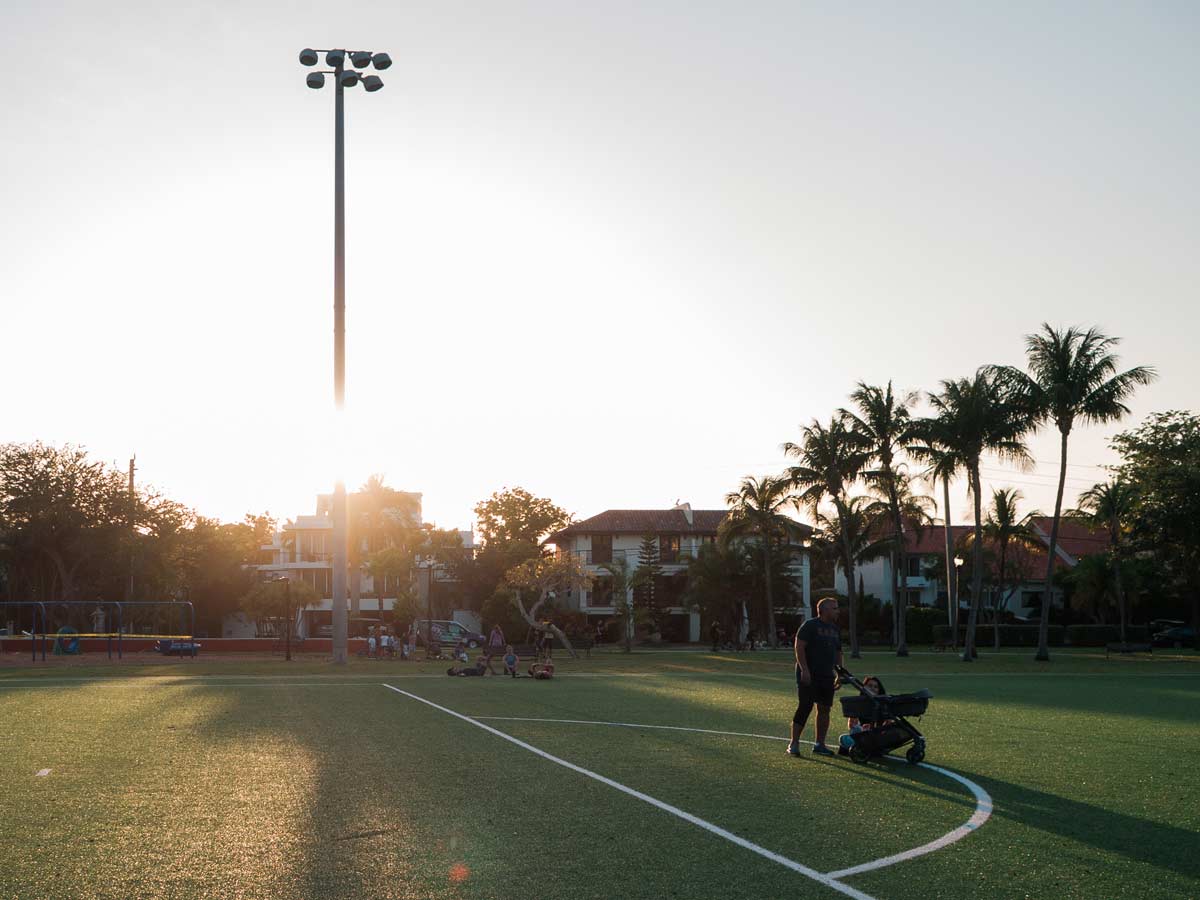 We’re not here to scold anyone, though. When the government sets these rules and opens these parks they presumably know that a good amount of people are going to flaunt the rules; it’s been calculated into the equation. For better or worse, the Key has a certain vibe where certain rule breaking is tolerated. It’s why everyone drives the way they do. But that’s probably why they won’t open the beaches just yet, even if the rules say it’s just to go for a walk. 🚶‍♀️

New beginnings The Village Green and all the pocket parks are open. The marinas ramps are open, and so is the ramp at the KBYC. Anything with access to the beach is closed. Calusa Park is also closed. There’s a bunch of rules about what you can do in the parks, which you can read in the link, but in short you should not stand still, and don’t play any sports (even solo). You can play singles tennis if your condo allows it. 🏞

You know when you get on a zoom meeting for work and it’s forty minutes of bullshit? Now imagine the same thing but you’re on the council, you’re doing this at night after work for no money, and it’s close to six hours. That was the council meeting this week.

First thing on the agenda was the expansion of St. Agnes. The council was set to vote to allow them to build their new facilities. St. Agnes was asking for seven variances to zoning code, to make everything bigger than allowed. It took about an hour and a half to present the project, which the council already knew about (you don’t get a vote meeting without this info). Then it took about another hour for public comments, where most people talked about how great the church is regardless of the project and a few mentioned the project was too big. In the end the council voted to approve a new double capacity, double tall church (and a gym).

96° degrees in the shade

There’s been an uptick of chatter this week (read: two people) over the competency of the manager of the Village. It’s not the first time this year this has come up. The Rag doesn’t care enough to explain this inside baseball right now, but if you’re one to notice these things, you really should investigate further.

With regards to last week’s sales:

Wow, did you realize that you posted a home (original Mackle) that sold for under a million?! I think it’s a first in many, many years.

Regarding that sweet baba ghanoush:

You say there’s nothing to talk about, but this is probably one of the harder hitting rags. Pita Pocket? Nooooo

Key Cleaners this local dry cleaner at the KB Arcade has been calling clients to advise of new limited hours.

Novecento they closed when all this started, now they’re back open for deliveries and takeout. The bar is sadly closed.

The farmer’s market That’s right, the place you go to buy smoothies from a tent is back in action at the KB Community Church on Saturdays from 9am-2pm, just keep your distance.

Not so grand opening

Narbona this place in the Square was scheduled to open right when all the restaurants shut down. Now they’re offering deliveries.

Panna the lettering has gone up for this new restaurant in the Winn Dixie shopping center, taking the spot of the old Archie’s Pizza.

Tacopolis presumably a taco place, the sign is up for this one at the former Doggi’s in the Square.

Like a convenient corner store, this section repeats in every issue to remind you of some available services during the pandemic.

Got the munchies There are a lot more restaurants on the island than you might remember in your head when you’re thinking about what to eat. Thanks to this pandemic, most of them deliver and all are doing takeout. Here’s a list of everything you can eat.

Never leave the couch There’s great resources on the island in case you want help running errands, or know someone who does. You can also volunteer to run errands, in case you’ve got the cabin fever.

Feeling it yet? If you’ve got symptoms or are considering getting tested, you can take this survey provided by the KBCF and the Village. If warranted, you may get a call and an appointment to get tested right here on the Key. 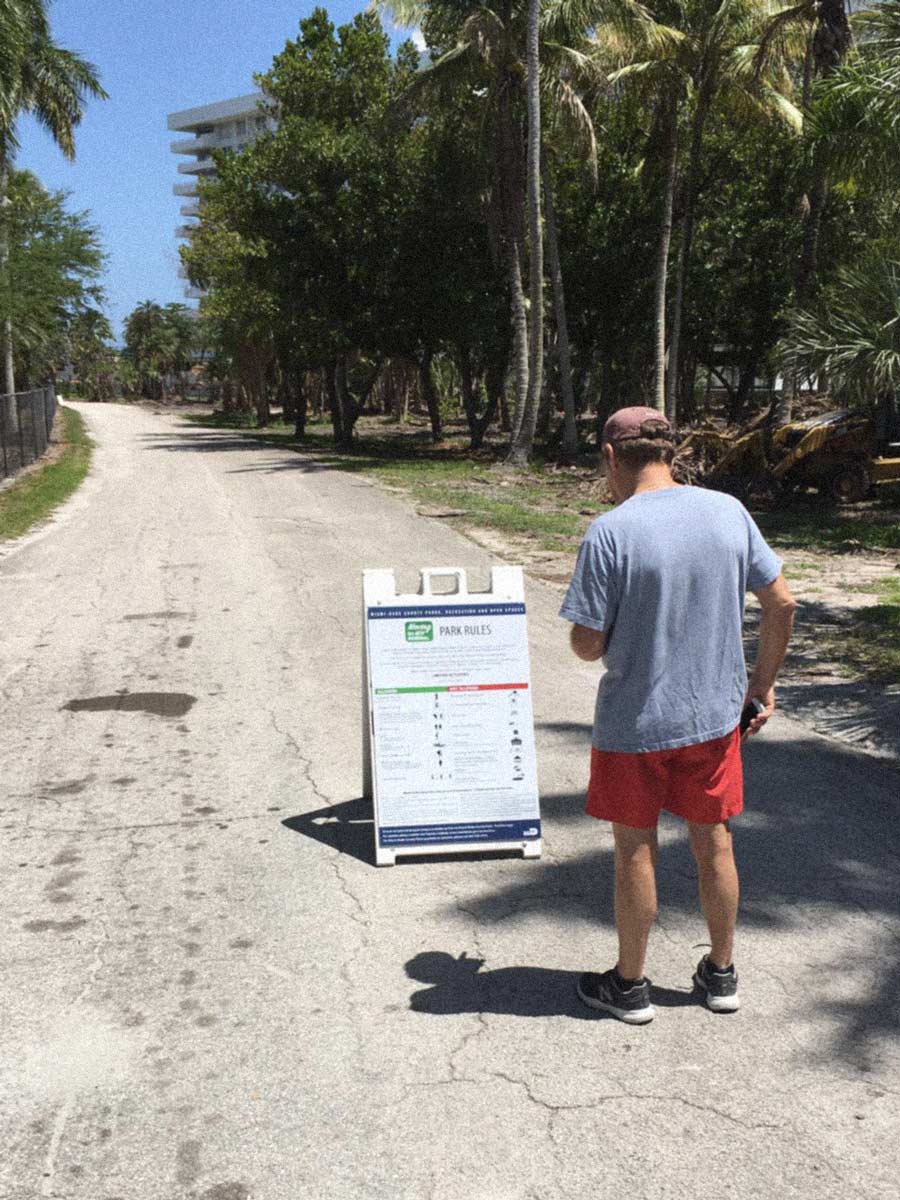 Questions, comments, tips, or to take out the ol’ pedalo on the bay 🛶, write to hi@tropicalrag.com.