An eventful week we’ve had here. First an island protest, and then they opened the beaches to everyone. Let’s get out there and catch some corona. 🎉 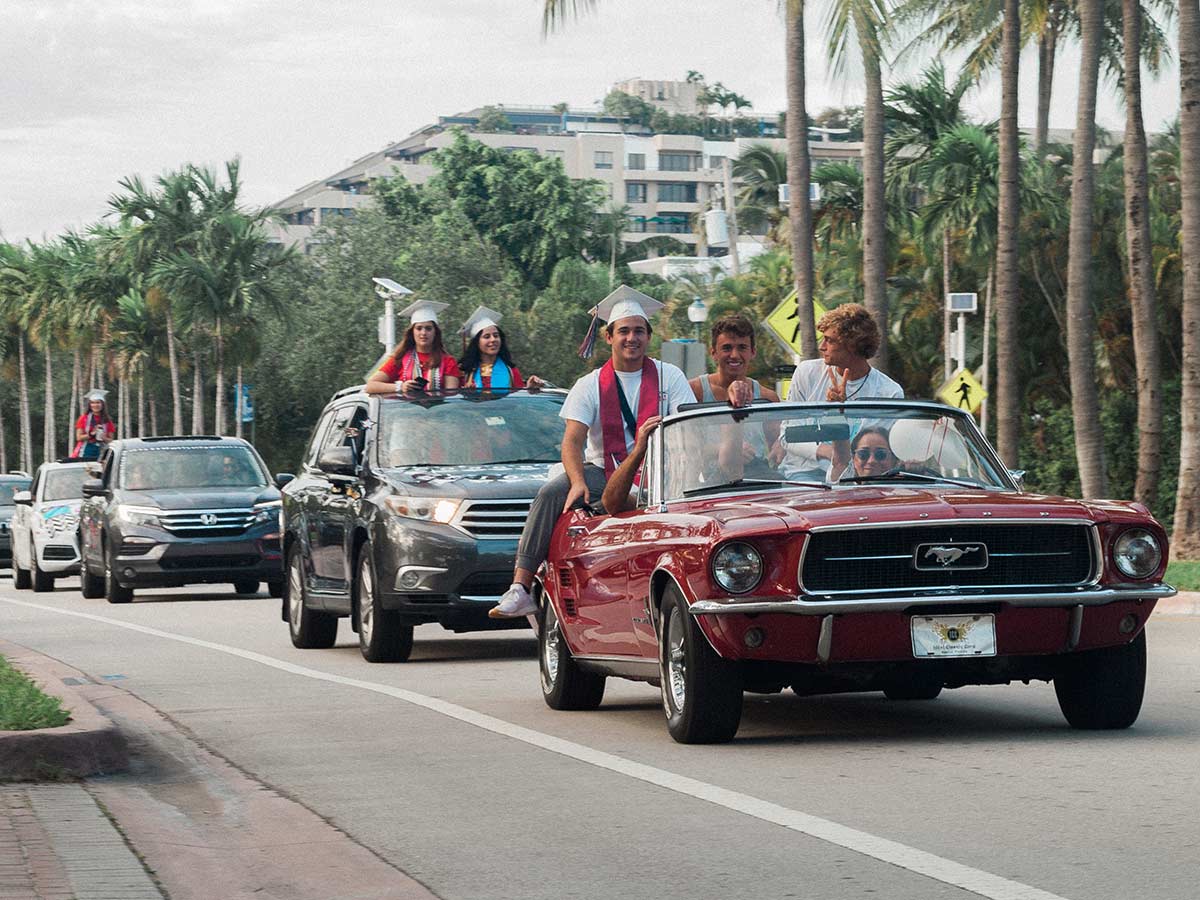 Stories of your life

Fight for your right Picture the following: two key rats start circulating an image last Thursday calling for a peaceful protest in Key Biscayne in support of black lives. Instantly people freak out. A few of them must have called the police as MDPD showed up with enough manpower to stop an army.

In the end the protest went off as peacefully as advertised. People stood at the corner of Crandon and Harbor chanting, listening, and waving signs at every incoming motorist who would enter, while the naysayers stayed home and typed furiously on their keyboards. ✊

Seaweed be damned Alright, you can stop crying now. All beaches on the Key are open, including Bill Baggs. The park does have some special rules: once it reaches 50% capacity they’re gonna close up the front door and that’s it for the day. Better get there early if you want to go for a stroll. 🏖

Infinite growth Our property values dropped last year and this year they’re looking to drop a bit more. This has made a lot of people very angry and is generally regarded as a bad thing. One of those angry people wrote a piece in the Islander about it, and it struck a bit of a nerve.

The piece lays our misfortunes on a combination of caring too much about rising sea levels, the chamber of commerce not having friends off the Key, not attracting any New Yorkers to buy our places, and dreaming too much about spending money we don’t have. 💸

Pass the ‘rona The reported cases of Covid-19 on the island are up a bit. We went a few weeks where it barely increased, but in the last two weeks we’ve seen around 10 new positives (give or take the shoddy reporting). In Florida numbers are up as well, though they’re saying that as a proportion of tests taken it’s not up. As the Key opens to beach visitors this week, and governments loosen restrictions in general, infections are bound to go up so watch yourself. 😷

Did they really need to protest?

When word started spreading last week about a Key Biscayne protest, my first thought was that rich people don’t protest, so no one was going to show up. I may have miscalculated that. 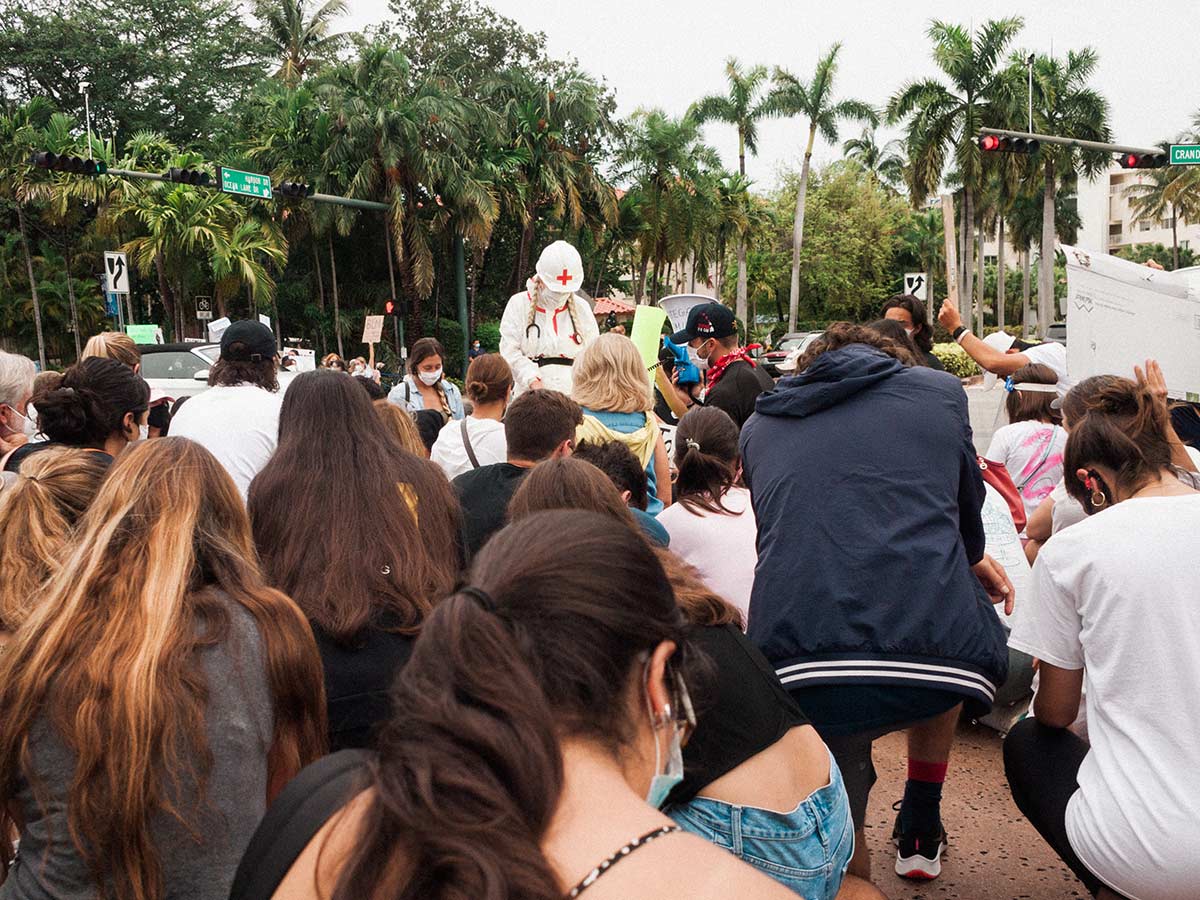 When the speaker dropped her contact lens, everyone tried to help.

I can’t speak to the black experience directly, but if you haven’t read up on it yet you should probably also withhold your opinion on any of this. Here’s the gist of it: black people, no matter if they’re rich or poor, or went to Harvard or didn’t, or dress well or don’t, they get harassed by police more than the rest of us. They get stopped for nothing. The police killings are where it boils over. These keep happening in countless situations where they don’t have to, for years now being caught on video, and nothing changes.

The response to the protest was surprising. Instead of being apathetic, which is the usual, those opposed really thought it was the end of the world, or at least the island as we know it. People were scared it was going to cause mayhem. The people who shared the details of the protest were also scolded directly, even if they weren’t actively condoning it. If people were scared, it’s understandable, but it doesn’t mean it’s rational, no matter what you’ve seen on the internet.

One of the things that came up as a response here on the island was that if you’re not black it’s not your fight. I can’t think of a more myopic view. Do these people think that the rest of us are content living in a system where this happens to our neighbors? This is a system that espouses individuality as intrinsic to its success, and then denies that individuality to a subset of people.

You could argue that Key Biscayne and other affluent areas are exactly where a public protest in support of black lives is most needed. It makes less sense to protest in a black neighborhood; you’d just be preaching to the choir. I doubt they’re the ones voting in candidates who don’t care about reform. But here? People eat up that “tough on crime” crap, consequences be damned. You should have seen how many people drove by the protest with a look of disgust on their faces. Those are the people that needed to see with their own eyes that many of their neighbors are also fed up.

Most of the protesters probably didn’t know this, but we’ve got a member of the Village Council, Luis Lauredo, who has called for the police to profile people more than once in the past year. He’s also praised programs such as stop and frisk while on the dais. Mind you, there are black residents here even if there’s not many. Sure, he never directly said stop black people for being black, but that’s what ends up happening with these policies. Chief Press told him resoundingly that he wouldn’t do any of that, but the pressure is there.

So was the protest necessary? It got people talking in a way they weren’t before, making them at least aware that even though this is a national issue, it does resonate strongly here on our not-so-pleasantville island. If only for that, it was worth it.

Questions, comments, tips, or to build a sandcastle together 🏰, write to hi@tropicalrag.com.

Off to get a sunburn. See you next week. ✌️