Just as soon as we got out of the house they’re making us worry we have to go back in. The worry isn’t unfounded, but at least at this point, let’s just keep an eye on it. That is, unless you’re vulnerable. In that case please lock yourself in a closet. 🚪 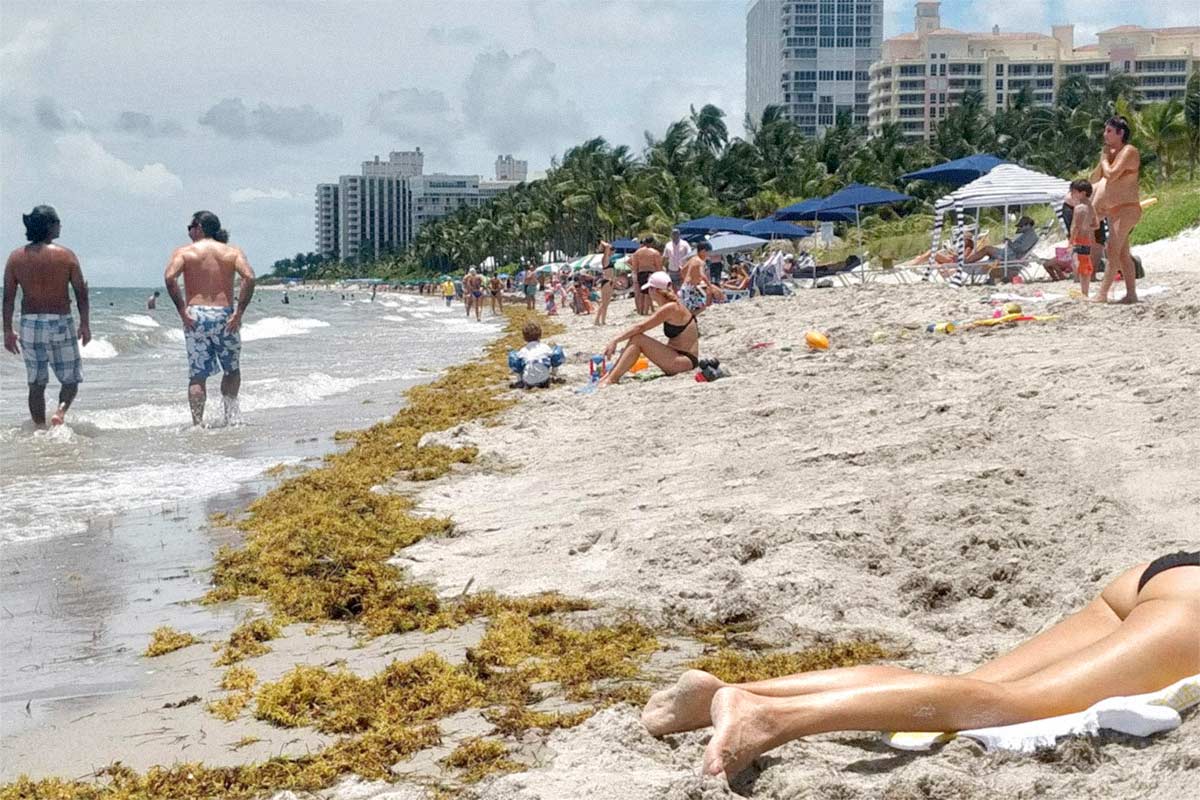 Correction: Last week the Rag suggested the increased police presence on the island by MDPD was a response to the protests. While unconfirmed here, it’s been said that it was actually a training exercise taking place across the county.

First place Apart from one person who claims they wanted to be mayor but then were thwarted by the deep Key state (more on this in the future if it becomes a story), no one stepped up to the plate this year, and so Mayor Mike Davey was automatically elected to serve another two year term.

A big congratulations to him 🎉. Expect two more years of poorly lit daily videos on the state of the Village.

If you want to spend dozens of hours a month doing work for no pay, all while getting bitched at by everyone in town, there’s still time to run for council. The deadline is August 20th. ✔️

DON’T PANIC We got some covid numbers, and they’re going up. We even have about ten more cases on the Key this week than last week. Is it a second wave? Is it what we expected, or worse?

There’s no good answer to those questions, but we have some good news: in Monday’s testing on the Key, only 3% of cases were positive. In Dade County, the two week average of new positive cases is at 6%. Those numbers are still short of the 10% that would trigger a reassessment of the reopening strategy. Also, strip clubs are set to reopen this weekend (off island). Lap dances are allowed as long as the girls wear masks. 😷

From the peanut gallery...

In response to last week’s editorial on the value of the protests:

Easy to discredit the key protest by labeling you guys as privileged woke millennials doing it for the ‘gram. While this is probably somewhat accurate, I still agree that Key Biscayne is a most appropriate place for such a demonstration. Kudos to everyone out there. And shame on the disgusted faces.

Also worth noting that Chief Press made an appearance. Seems like he is an all around model police chief. […]

Thanks for your write-up on the protest. […]

As an American and as a black resident of Key Biscayne, I was very happy that some of our young people felt moved to organize a protest and even happier to see the nice turnout, young and old. Although I read a lot of chatter about the prospect of violence and looting coming to the Key, I never expected anything but the beautiful, peaceful event it was. […]

Check the numbers on police brutality/killing. The perception and the reality don’t add up which causes the protests to lose credibility. White people more likely to be killed by cops than black people. And blacks more likely to be shot by Latin and/or black cops vs a white cop.

Saw the video of the PBA head/chief. He said the police had 375,000,000 interactions with the police last year. Wow. The negative interactions are minuscule (of course, they affect you 100% if you’re the target of any police misconduct).

I’ve had highly negative experiences with police so I know they can be assholes. But it appears after seeing actual numbers on killings, beatings, etc. that it’s an individual problem not a systemic problem. […]

Love what you wrote about the peaceful protest! The chats lit up with vitriol and I learned that more than one “friend” is a straight up racist. UGH! They were so worried ANTIFA was going to “destroy what they worked so hard for”. BS in every possible way. […]

It’s been mentioned before, but the bar at the end of No Name Harbor, in Bill Baggs State Park, is open. Well, it’s kind of open, depending what day it is. The bar, called The Cleat, can presumably ignore Dade County rules against bars opening because it’s not technically in Dade County. 🍻

Someone should have a getty or something

Like a convenient corner store, this section repeats in every issue to remind you of some available services during the pandemic.

Never leave the couch There’s great resources on the island in case you want help running errands, or know someone who does. You can also volunteer to run errands, in case you’ve got the cabin fever.

Feeling it yet? If you’ve got symptoms or are considering getting tested, you can take this survey provided by the KBCF and the Village. If warranted, you may get a call and an appointment to get tested right here on the Key.

Nothing left to say

Questions, comments, tips, or to listen to some Milli Vanilli together 🌧, write to hi@tropicalrag.com.