Maaaan, this covid thing has the newsletter business on the ropes. Since people don’t go out as much, less interesting things happen. People on this island used to shoot iguanas with rifles, they used to meet shady girls at E11EVEN and have their rolexes stolen. In its place we have positive tests and policy talk. You know how hard it is to crack jokes about taxes?

And that’s not even the worst part. 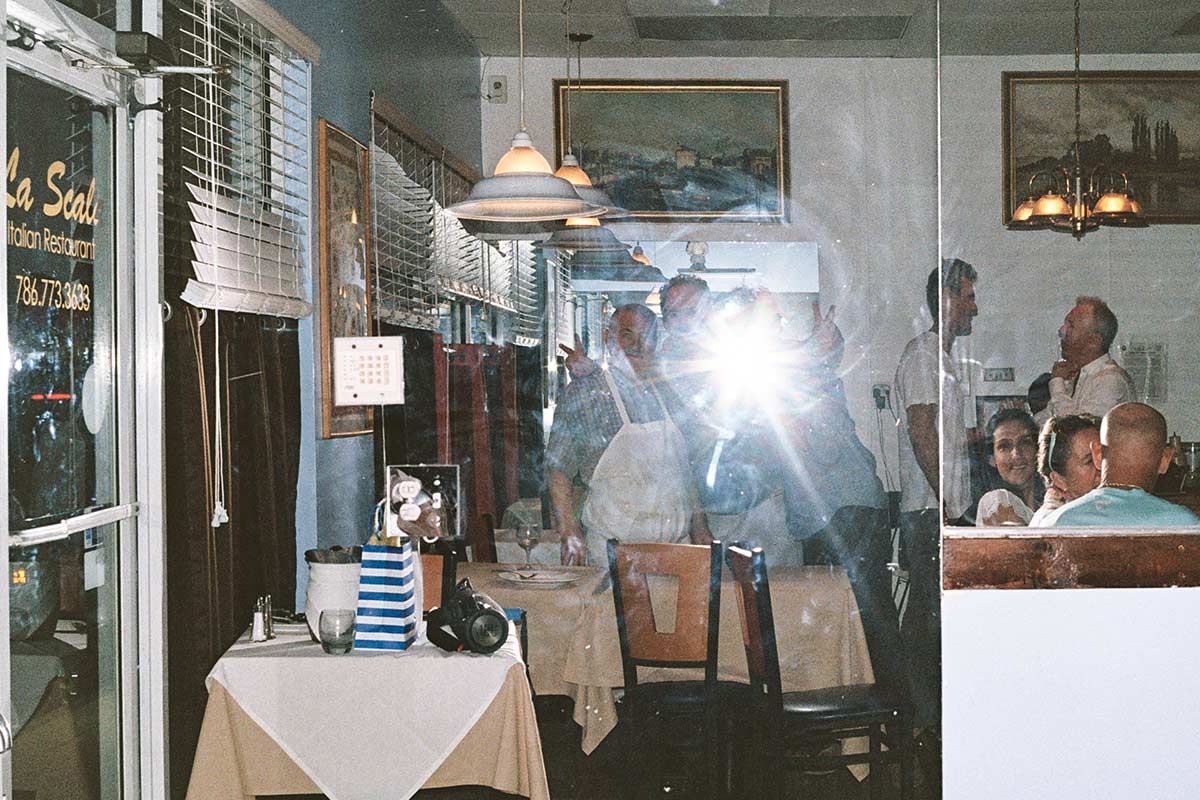 From left: Vito, some hippie, and your lowly editor at Scala.

Key Biscayne restaurateur and merry nomad Vito died last week after being hit by a car a few weeks ago.

Apart from what he meant to his close friends and family, Vito will go down as one of those Key Biscayne characters who made his little mark on the island. For those lucky enough to have enjoyed it, his casual yet intimate restaurant was an oasis compared to larger, more impersonal establishments; the kind of thing that happens when you’re not only the owner but the sole cook.

The past few years were rough for Vito, likely moreso for those closest to him. Hanging around the island is how most may have come to know of him, and regardless of how you felt about that, it certainly left a mark.

His restaurant lives on thanks to new-owner Chandra, and he is survived by his two daughters. He’ll be missed. 🍝

The more you know

Groundhog day In the latest covid related talk, the numbers are still on the up, but you already knew that. They shut down the Yacht Club last week, though, as a few employees tested positive. It’s still closed for now. Also, KBPD Chief Press showed up on video at the council meeting on Tuesday, and he looked alright. 🐿

Turn tables Well, well, as this $100m bond issue keeps brewing things are changing fast. At the last council meeting, the proposal to exempt the bond from the debt cap failed. That means only one question will be asked to voters, to borrow the money without having to bypass the cap, which should at least be helpful for those voters too lazy to read two questions.

That’s not all, though. In an effort to get Councilmember Lauredo to stop talking, the council agreed to have one last meeting tonight to discuss it further, and even to consider taking it off the ballot altogether. This has in turn spurned one more of these lamebrained petitions, this time asking the council to let the people vote. The saddest part is that these inaccurate polling methods may actually be influencing policy. 😔

Inclement weather Yea, yea, there’s a tropical storm on the way. It’s not forecast to be anything more than that so let’s just cross our fingers and keep our heads on please. You’ve got enough going right now to keep you in a perpetual panic, try not to let this get to you also. ⛲️

Have you heard anyone use the phrase “be Key Biscayne nice”? Of course you haven’t, because people don’t talk like this. You may have seen it in text, though, or in a hashtag or something. It started as an initiative to try and encourage people, kids mostly, to be nice to each other on the island.

Now, though, it’s much more common to see it used when someone is being a dick. Kind of like someone who says, “No offense, but, [insert something about your ugly mother],” Key Biscayne nice is now what you say when you’ve questioned someone’s character, they call you out, and you feign indignation. HOw dArE yoU‽ That’s not Key Biscayne Nice™ 🥴

Questions, comments, tips, or to play some serious ping pong 🏓, write to hi@tropicalrag.com.

Don’t forget to vote in the August 18 primary, if you’re into that sort of thing. Until next week!