August is here and we’ve made it through our first named storm, whose name we’ve already forgotten. I knew we would make it. Technically, you guys made it. I skipped town to a place where it’s just as hot and the beach is further away.

That’s what August is all about: getting out for the sake of it and doing as little work as possible, like this edition of the Rag. 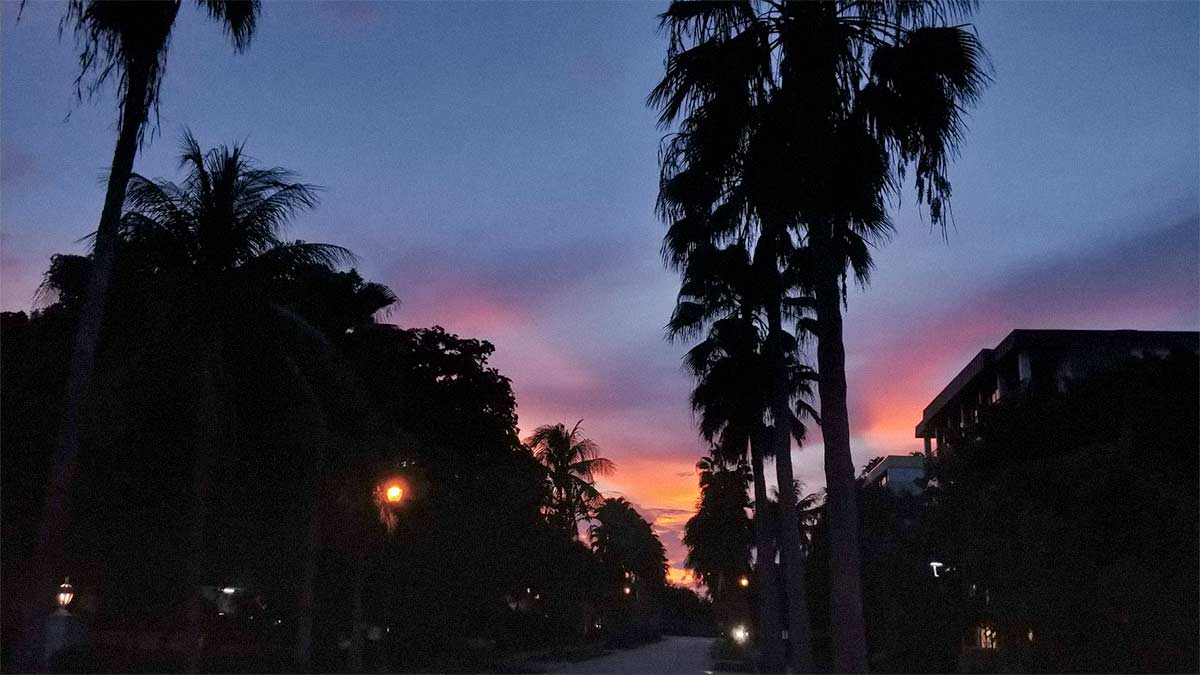 The sunset after the storm. It's actually a sunset from August last year but they all look the same.

Free parking Get your protractor out and get ready to get honked at because we’re getting some fancy new parking spots at the Village Green.

The Village will begin redoing the parking at the Village Green along Fernwood Road, hoping to start the project in September. They’ll take the existing 32 spots and turn them into 70 angled spots, which you’re supposed to back into. Of course this being the key no one is going to follow this rule, but at least we’ll have some more spots.

Covid 101 The president wanted to open schools, the governor of Florida was not really sure what he wanted, so it was up to our own Miami-Dade school board to do something. They decided you gotta put up with your kids for at least another month.

Miami-Dade public schools, including KBCS, will start on August 31st online. At the end of September they will reassess the situation and decide if it’s a good idea to let the kids come back. Private schools, like St. Agnes, are looking to offer both in-person and online options, and those of you who home school have already decided your kids aren’t going to be very smart so it doesn’t really matter. 🤓

Real deal After a bunch of run-around, that referendum to borrow $100m will officially be there on the ballot for you to vote for it in November. One last meeting to allow the public to chime in last Thursday was organized by the opposition but it backfired when the overwhelming majority of public comments were in favor of the referendum. It was kind of sad to watch. Feelsbadman.jpg 🐸

It’s a bird! It’s a plane! Oh, actually, it’s just a plane. A yellow plane, with one of those tacky ads on the back that annoy you when you’re on the beach, crashed around Virginia Key yesterday after the pilot lost control of the aircraft.

The pilot seems to be doing alright and will be back in the skies soon, advertising insurance or something. 🛩

Questions, comments, tips, or to cook a tortilla together 🍳, write to hi@tropicalrag.com.

This is another reminder to get out and vote in the county mayoral race. See you next week~