School started again this week, kind of, and we can’t seem to shake that summer feeling. 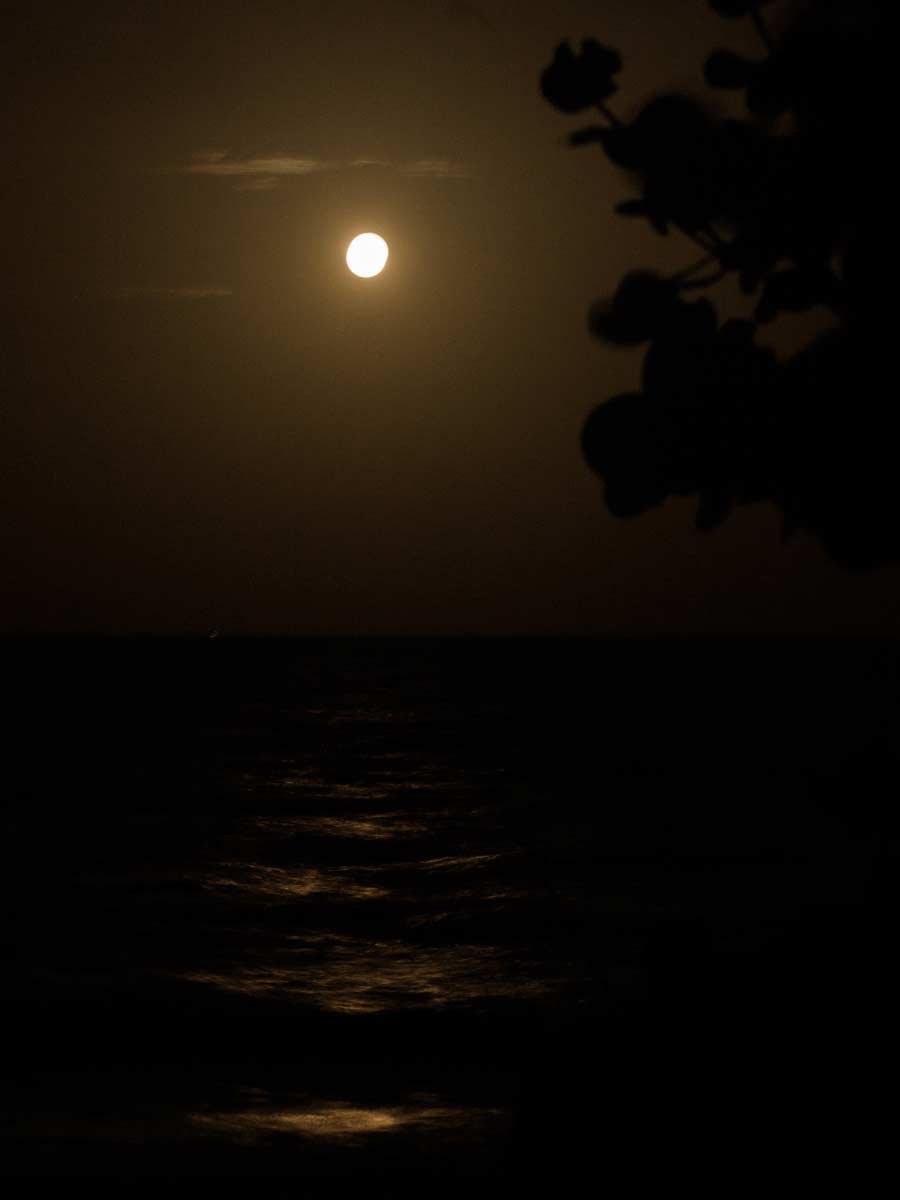 Little known fact: it's not actually made of cheese.

Let’s see what we got.

Big Pink What’s a pinkish color and loves getting wet? It’s the coral they’re growing at RSMAS. Turns out they’ve been growing staghorn corals in captivity, then introducing them into the wild right off the island. Now, for the first time, the transplanted corals have been observed spawning which is a big breakthrough in the ultimate goal of restoring coral where it’s died off.

Paddle out You know the Rag has a raging hankering for public access to the bay. Now Dade County is looking to get on our good side by increasing access to the water, and they want your input by means of a short survey.

PEBKAC School started this week on the Key, and it went as expected: a lot of hiccups while generally working as well as online learning can work. For public schools KBCS and MAST, the online platform had outages Monday and Tuesday, and then on Wednesday half the island lost power in the morning.

If you add it all up that’s about 35mins of class time total for young key rats, including P.E. (you don’t wanna know how that works).

Mic’d up Two candidates for KB council, Oscar Sardiñas and Matt Bramson, got their chance to get grilled on the radio this week. Both speak about their vision, their qualifications, and their thoughts on an upcoming referendum, both in a soothing, soft, monotone voice. 🤤

Check out this piece from the spiritual precursor to the Tropical Rag, the Coconut Telegraph. This is from the mid-90s, as a reaction to a few people asking the council for Stefano’s to be shut down at 1am instead of 5am. 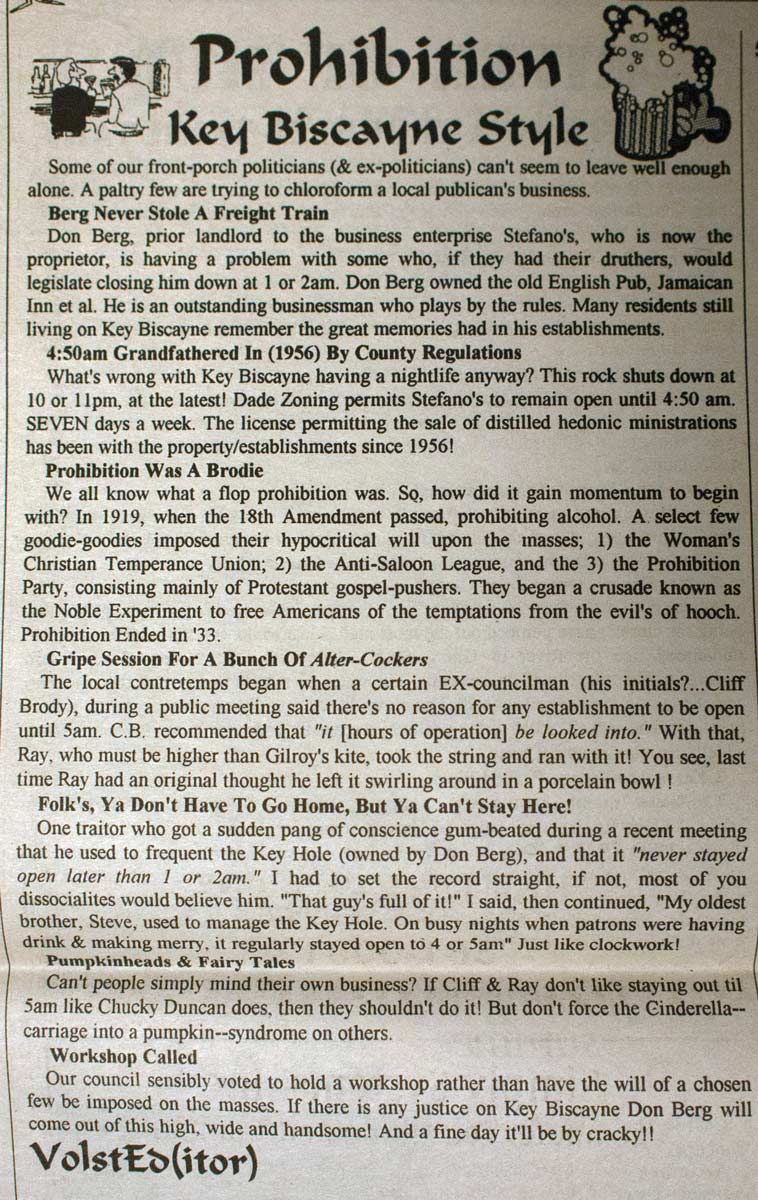 Notice how much more ruthless this publication is than the Rag, calling regular people out by name and insulting them–and this is one of the more tame writings. It’s kind of like some of the political chats today. 😉

Also notice that at a time that the Key had half the population and could support a nightclub that stayed open ‘til 5am. Now you can barely get a water after 11pm without getting the stinkeye from a bartender. 🧐

Re: the mentions the last two weeks on the cost of the dog park:

Doggie park cost $950,000? If so that is ridiculous but that just goes to show what means more to so many on the Key. Woof woof.

Re: bad jokes and council candidates:

Thanks for giving me a half-hearted breath out the nose. And another Kelly running? Guy’s message is written like he just needed to hit the minimum word count.

Casting Boutique has shut its doors in the Square after 25 years. It’s an incredible run for a store no one knew existed.

Winn Dixie is closing at 11pm as it was pre-covid. This may be old news, but one person (definitely not me) didn’t get the memo and ran as fast as possible to the store, getting there at 8:57pm, winded and confused. We hope this message clears things up for them.

You'll have to stare at your phone some more

You can't explain that.

Questions, comments, tips, or to do some online learning on chat roulette 🤳, write to hi@tropicalrag.com.