In this episode of the Tropical Rag we’re going to be cooking up some old food. Well, the food is new but the technique is old. That and some key rats being punks, which is always comforting. 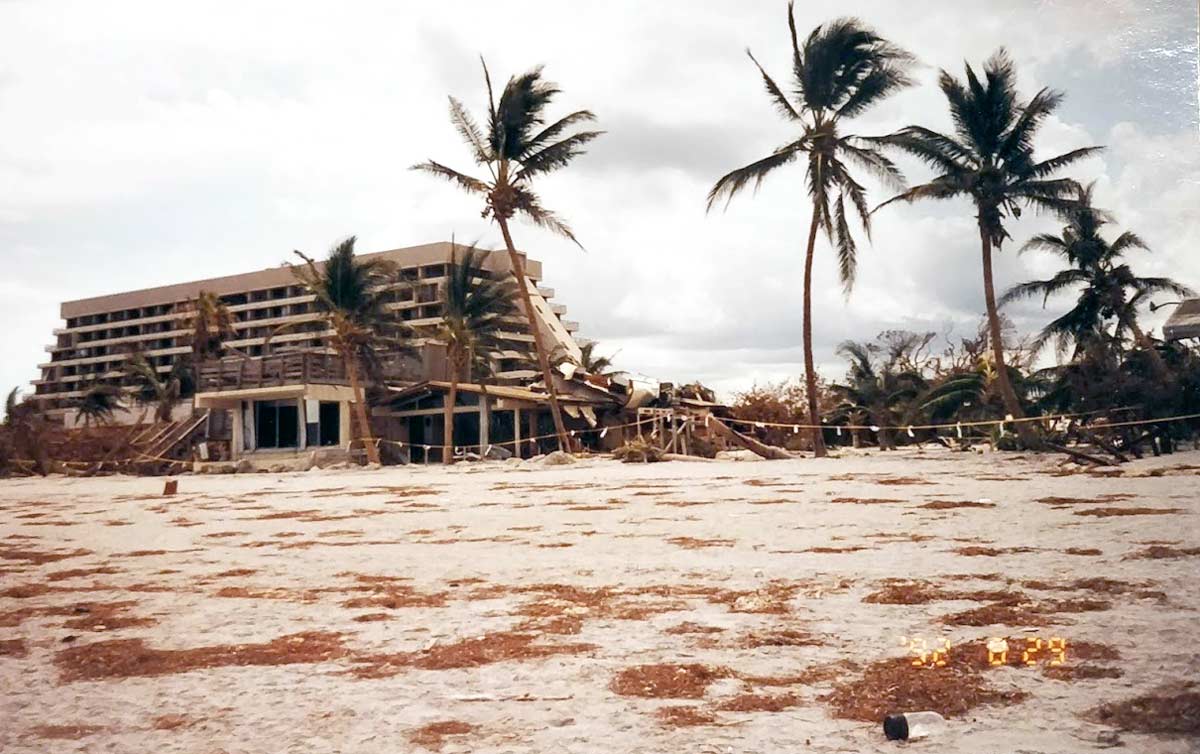 Sand Bar and Eagle's Nest at the Silver Sands, thrashed after Andrew, back when the Key was great again.

Kick the vote Every election season you have someone crying about how so-and-so stole their campaign lawn sign. This year, though, thanks to the wonder that is having Big Brother at every turn, we finally get to see it happen on video.

Some kids were caught on camera hopping off a golf cart and stealing and kicking some Biden/Harris campaign signs at a house on Fernwood. The cops launched an investigation. It’s so sad to see this noble practice be corrupted by partisan national politics. 🧹

New bedtime Dade County Mayor Carlos Gimenez is pushing back the curfew to 11pm starting this Monday. Should be a welcome move for Key Biscayne restaurant owners, and for Mayor Davey who gets blamed for the curfew. 💤

Sneak +10 Last year the Village got rid of the in-house code enforcement department and outsourced their services. On Tuesday, though, at the budget meeting they were talking about reforming the department. So what gives?

It turns out that it’s tough to fire people in government because of labor contracts, but one way to do it is to completely defund a department, go without them for a year, and then start over with less people. It’s a Labor Day miracle. 🕵️‍♀️

Kernel panic After last week’s problems with software at schools (and problems at the Rag where we wrote about it but forgot to include it in the email), Miami-Dade Schools has voted to cut ties with the software provider. No new provider has been set yet, so kids will just goof off until they decide on Monday. 🔥 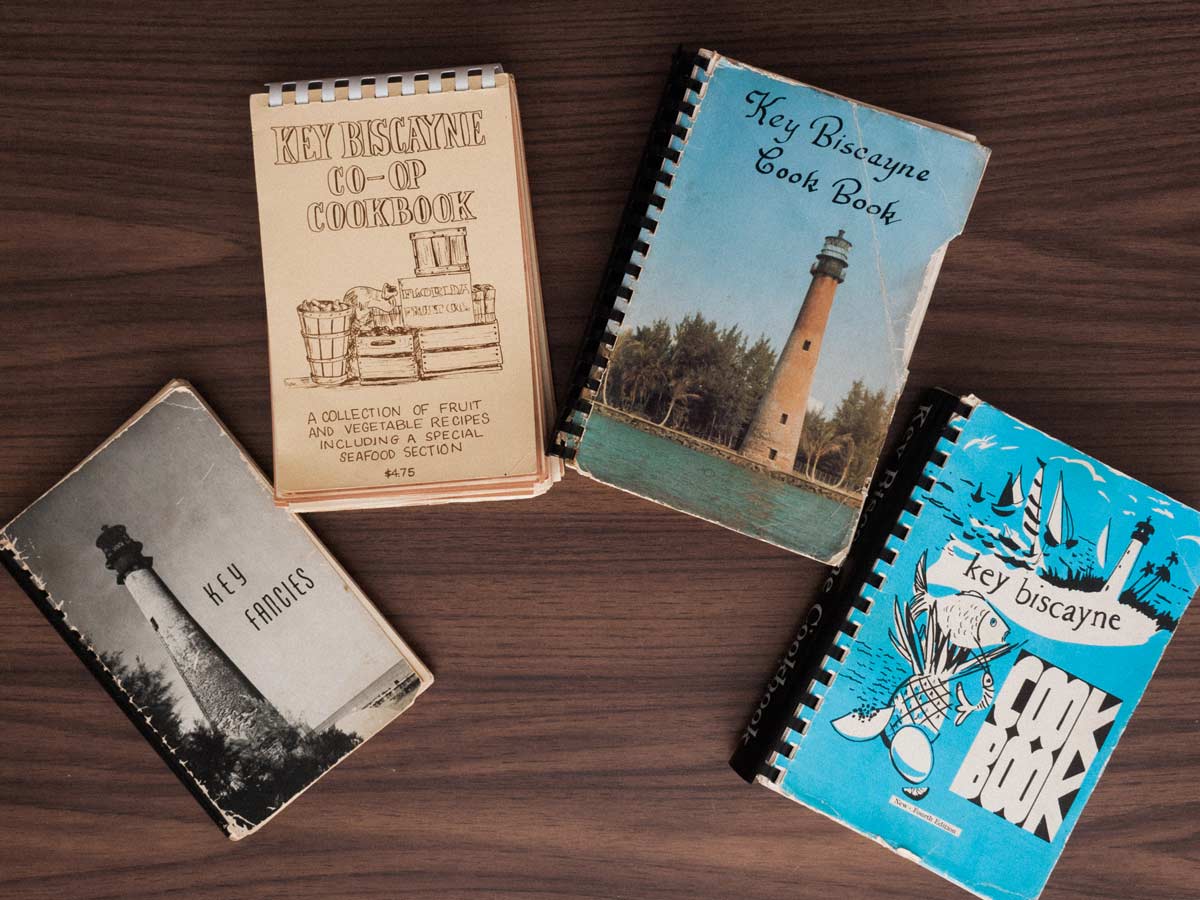 Back in the ‘50s, in the days before you could order a nasty pizza at midnight and feel sad after eating it, a group of rats at the Key Biscayne Community Church decided to ask around for their friends’ favorite recipes to compile them into a cookbook. 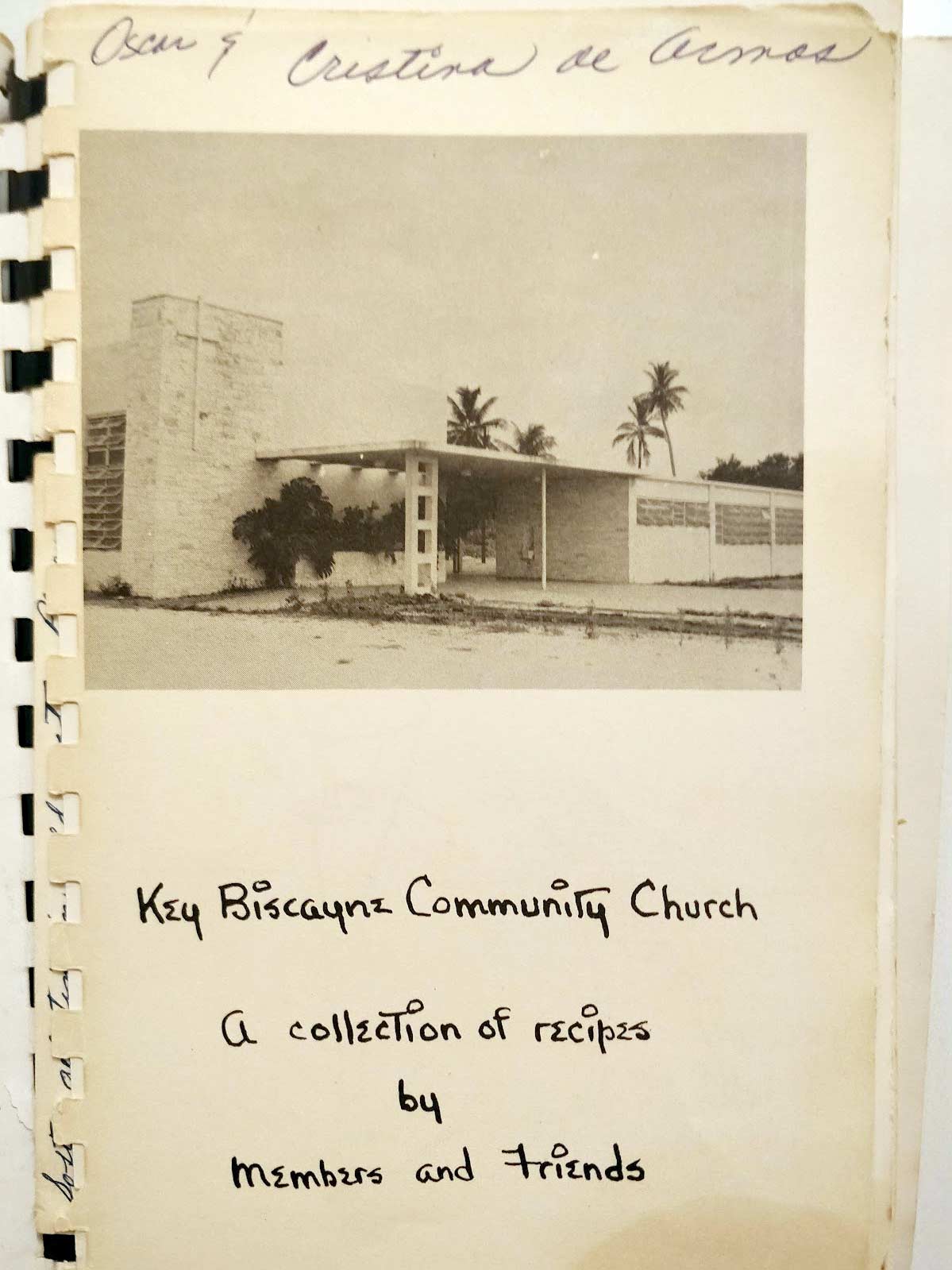 I first heard about these cookbooks in the ‘90s, and could’ve sworn that the last one was published in the early 2000s, but the latest one I could get my hands on was the 1988 edition. So what are these books all about? The 1950s edition (it doesn’t have a published date, just one hint it might be 1954) has almost 100 recipes, all of them written by hand by each individual author.

The ‘76 edition is similar, has some duplicate recipes from ‘54, but doesn’t mention the church so it might be a rip-off by a rebel group of atheists. 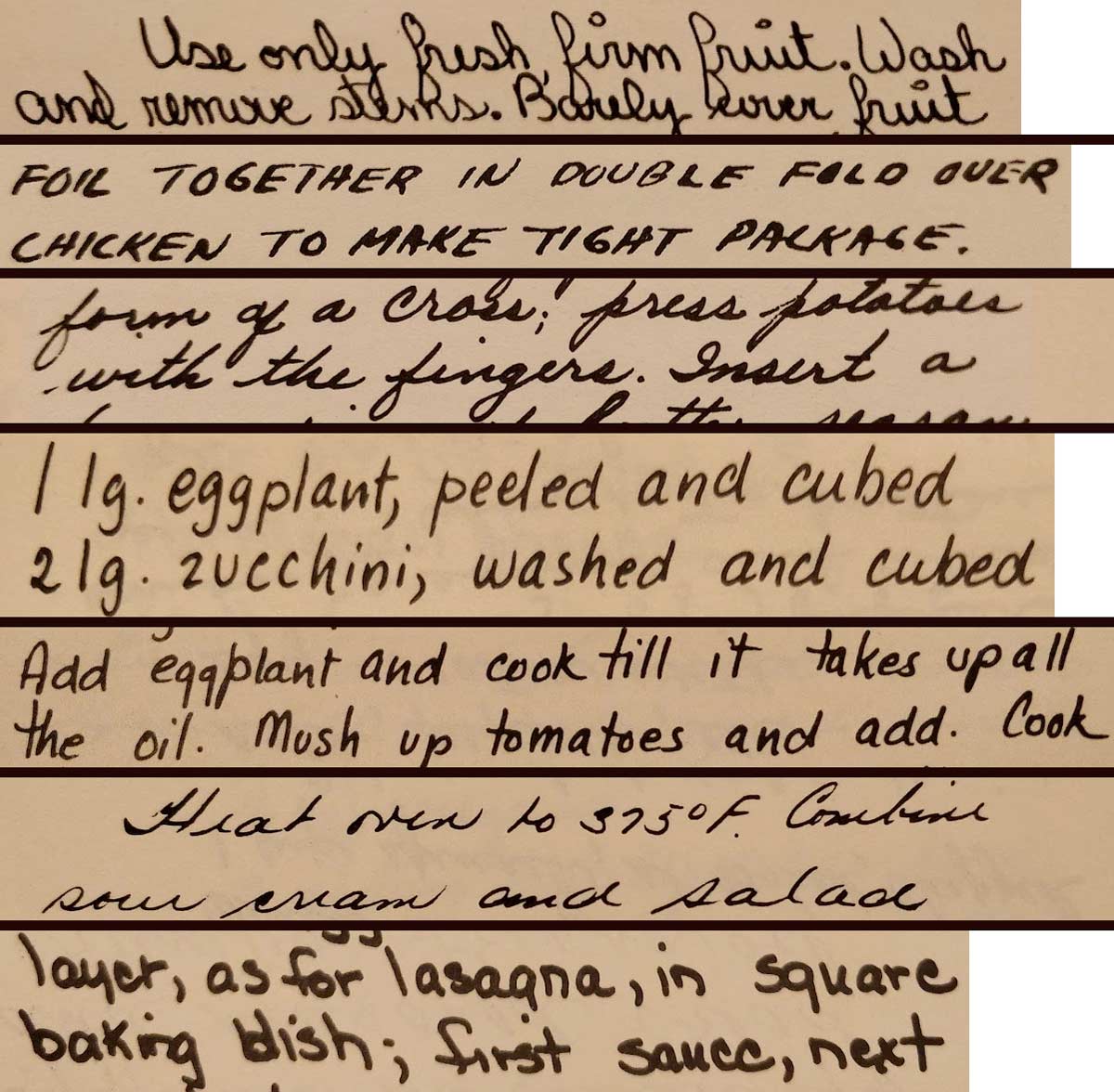 Writing doesn't have to be legible, it just has to look interesting.

The 1980 edition ditches the handwriting and it’s at least double the size. In it they add recipes from notable KB chefs, such as the head chef at Cafe Martinique (oh là là). It also doesn’t credit each recipe to an island resident, which might mean they’re compiled from other sources. Still, it does have enough local content to be worth a look. The ‘88 is very similar and is full of dupes.

But what about the food? The recipes are mostly solid. You find everything from caesar salad to key lime pie, chili to ratatouille, different meat and chicken preps, and a whole lotta casseroles. There was also a fish pizza, though, so your mileage may vary. 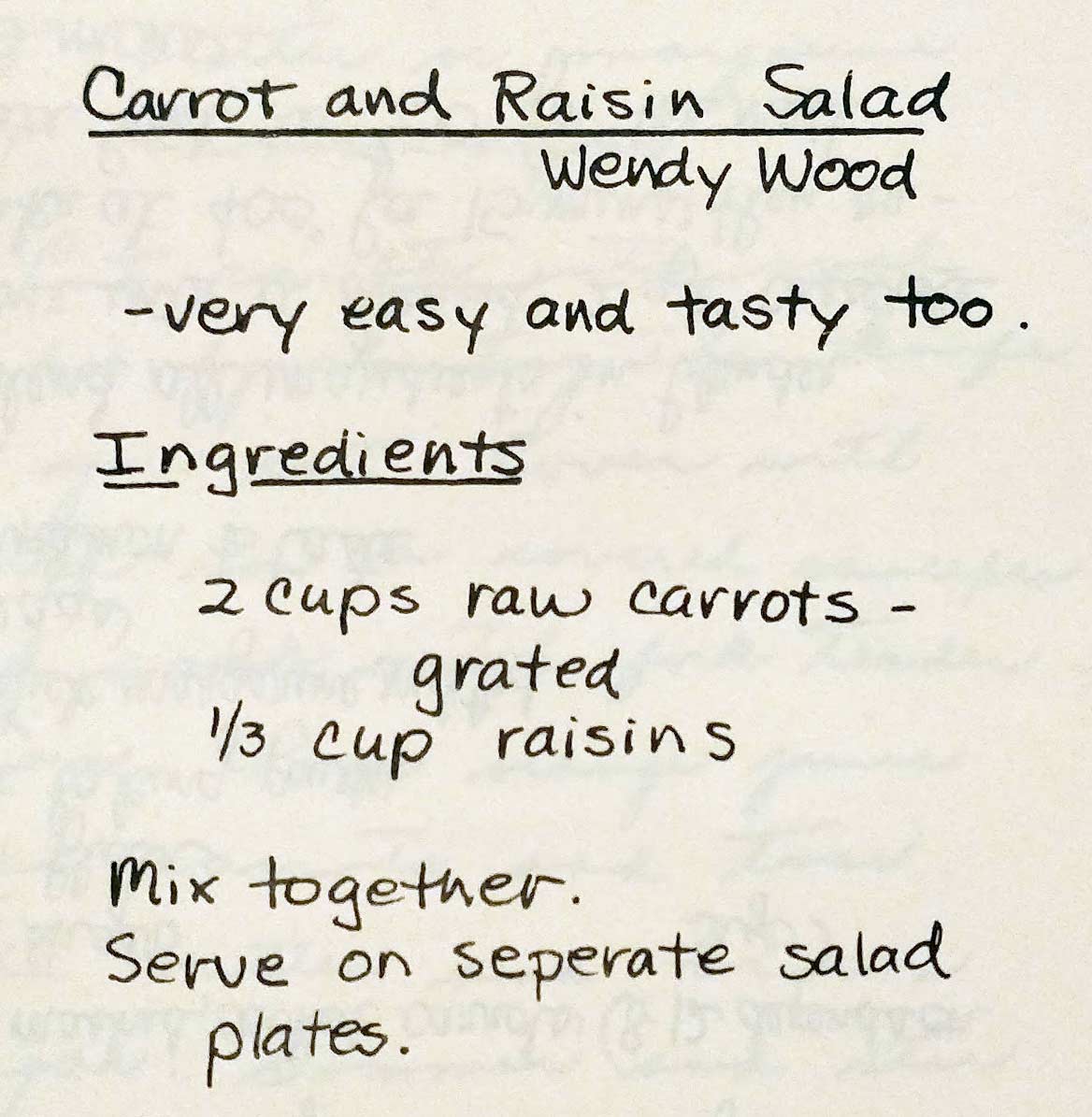 Or just eat a radish!

Of course, you can’t write this article without making one of these recipes, so let’s try out the chilled cucumber soup by Sandy Earle in the ‘76 edition. The book actually has a few cold soups, which definitely need to make a comeback ‘cause it’s hot as the dickens on this island (*wink*wink* Golden Hog). 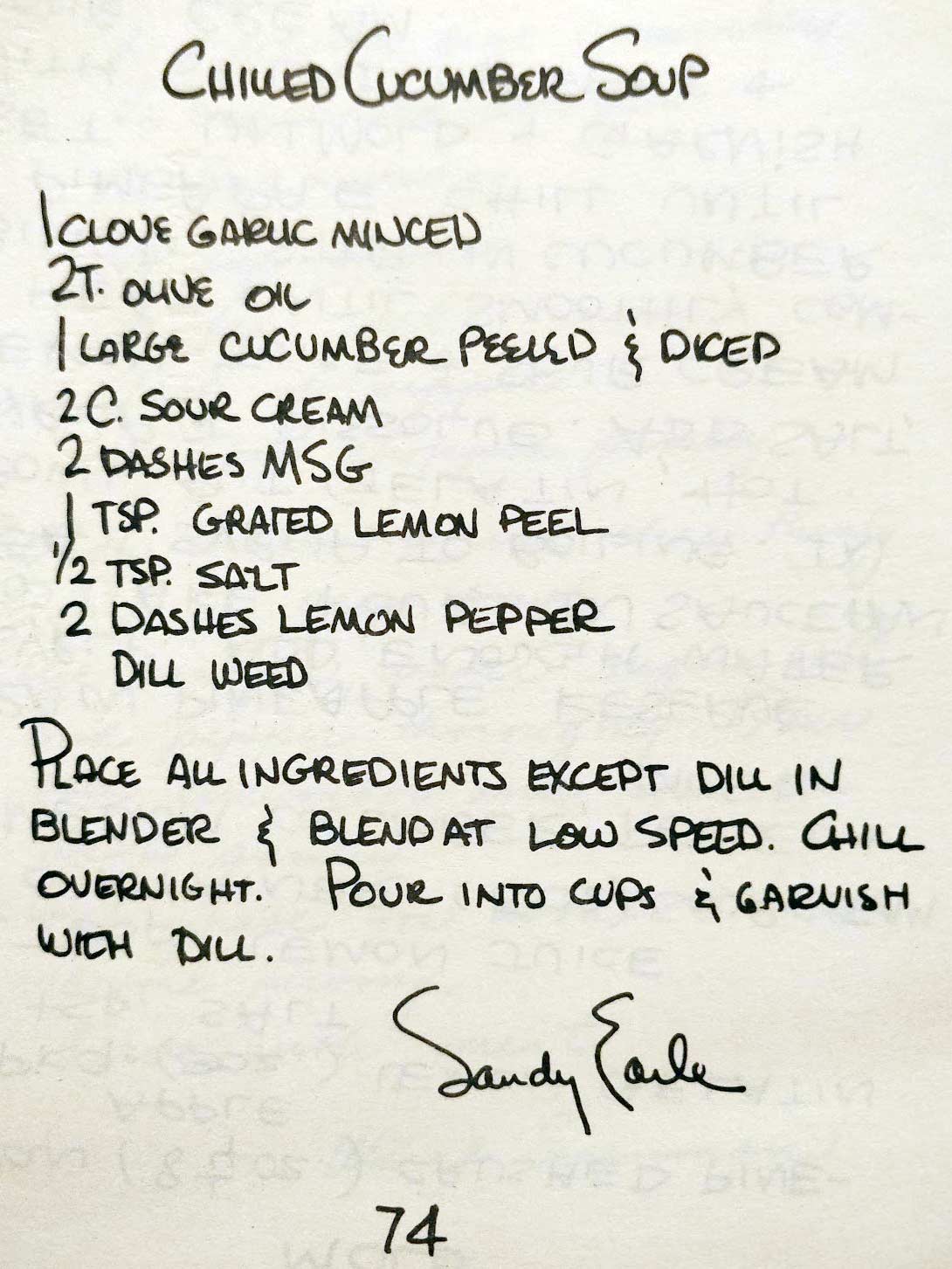 First thing you’ll notice is that this cucumber soup is actually 90% sour cream. What a brilliant move, Sandy. We’d always wanted to drink sour cream and now you’ve given us the perfect vessel.

Does it say ‘2 dashes MSG’? Older readers may be afraid and younger readers won’t even know what it is. Just know it’s in a bunch of restaurant food, and you can get it at the Winn Dixie. Is anybody feeling tired?

Prep was super easy, but after a first taste it needed a bit more salt and another half of a cucumber. Maybe in the ‘70s they used really big cucumbers. The cucumber is almost all water so that dilutes the sour cream, and the lemon zest wakes it up. 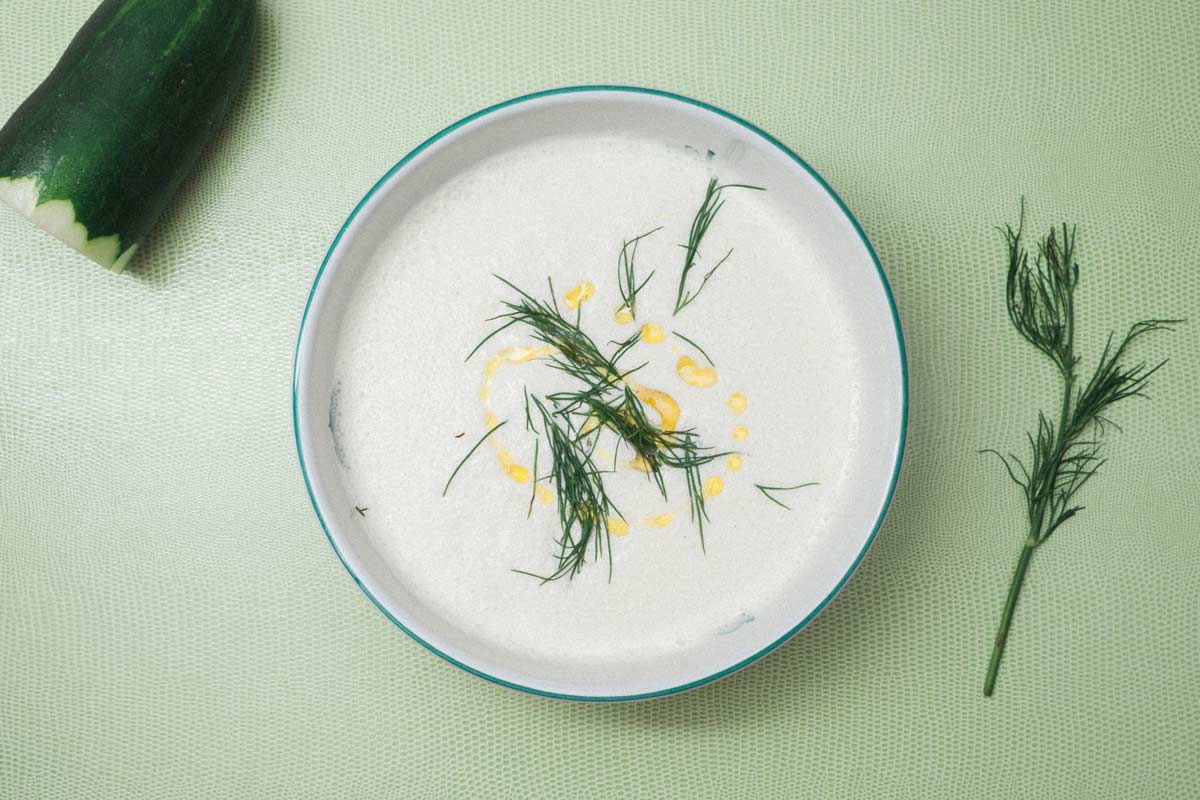 Final product. What, you don't keep the ingredients next to you while you eat?

It could use a few tweaks, but it’s a super easy thing to make and it tastes pretty good. The sour cream isn’t overpowering and gives it a nice tang, and the cucumber gives that refreshing flavor you need on a hot day. Nice job, Sandy ‘76.

If you’ve got any stories about these cookbooks, hit reply. If you want to read them yourself you can ask around for anyone who’s lived here enough time. 👩‍🍳

Regarding the snippet from the old Coconut Telegraph newspaper last week:

Scott Bass always dropped the deuce of truth on uppity Biscayners. RIP Bassman. And if memory serves, it was Mrs. Brody who led the effort to stop the proposed tennis center pedestrian bridge! What BS.

Kudos for keeping the spirit of the Coconut Telegraph alive, albeit in a wisely less ham-fisted way. Rag on!

Ed. note: kudos to you for keeping the peanut gallery alive, GY.

You know the drill 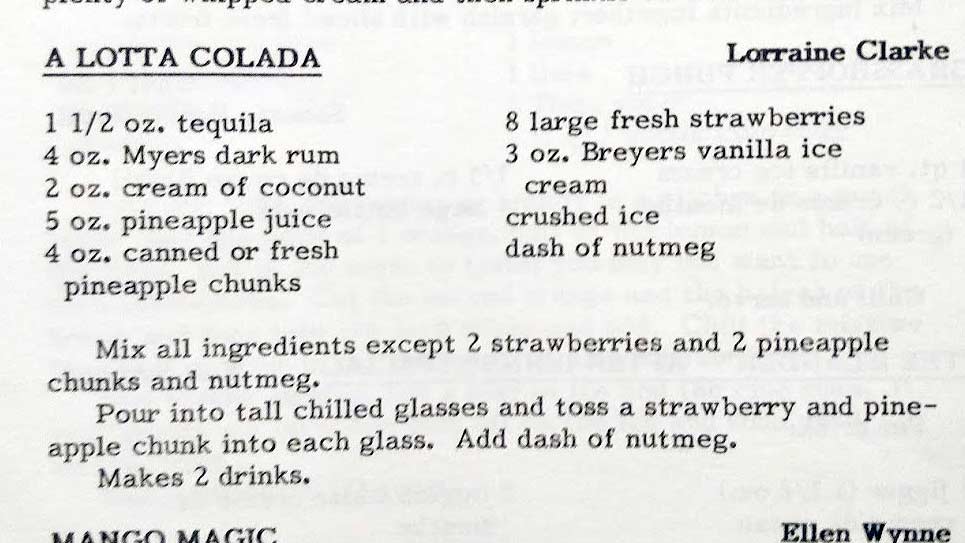 A shot of tequila and ice cream in a piña colada? Someone tell Geno.

Questions, comments, tips, or to write our contemporary KB cookbook which is just a bunch of takeout phone numbers ✍️, write to hi@tropicalrag.com.

Have a great weekend.