Hopefully you’re not expecting something like last week. Breakfasts come and go, guys, but real research, in the Rag, that only comes around maybe once or twice in a lifetime. 🥞 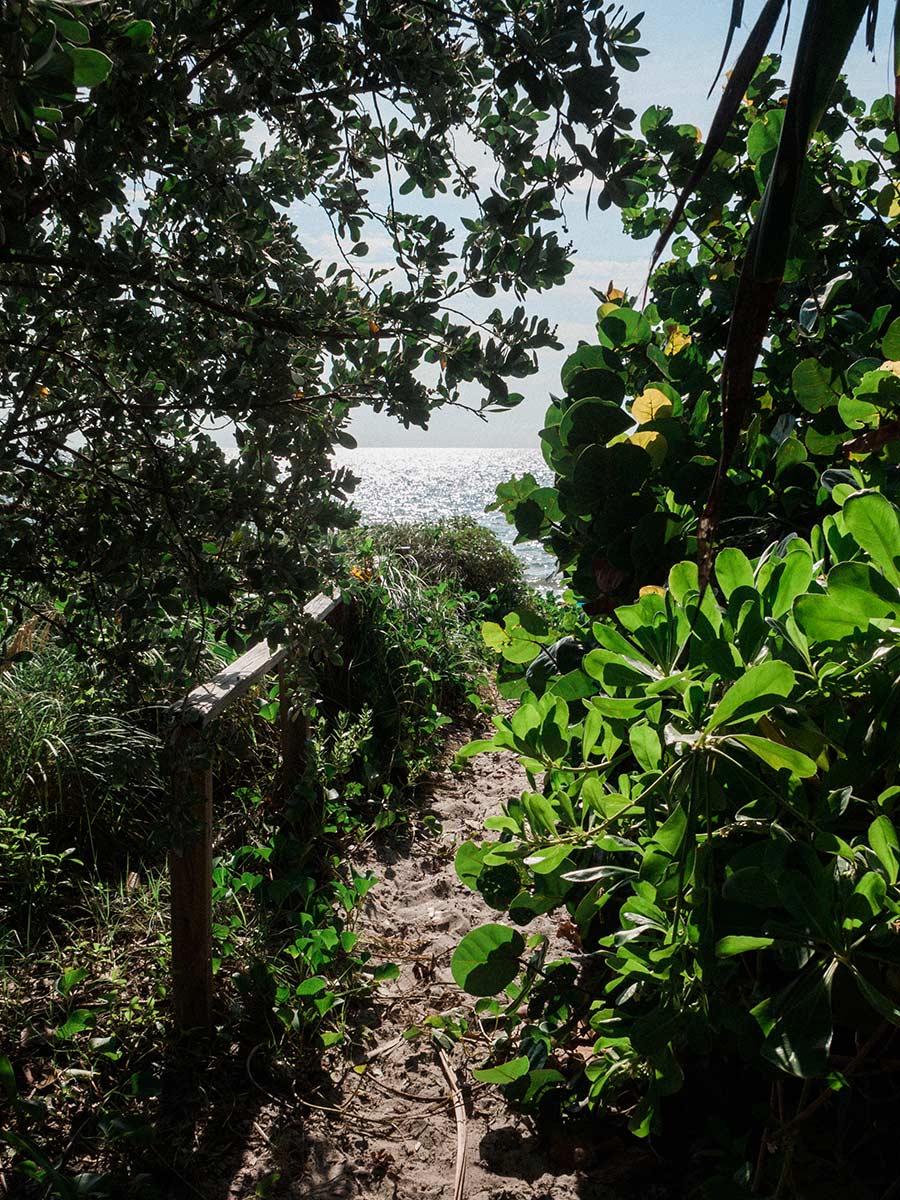 Who wouldn't want to be a hobo out here?

That said, there’s a bone for you near the end.

Ugh, it's all politics

Minority report Well, that was quick. Not a week after a couple of kids were busted on camera kicking and stealing political signs they’ve been caught. News outlets don’t publish the names of juveniles so we’ll just have to make unfounded assumptions about their backgrounds. 👶

Noise conference What’s that? You’d like more politics than what’s written here? Well you can listen to a few hours on end with a few KB council candidates. Oscar Sardiñas, Matt Bramson, Allison McCormick, Brett Moss, Frank Caplan, and Michael Kelly have all recently done the podcast rounds. If it’s too much, they conveniently come with transcripts. 🎧

Sore loser A woman who tried to run for mayor but didn’t qualify because she didn’t know the rules for qualifying has now filed a complaint with the FEC against Mayor Mike Davey. She alleges there was some kind of impropriety with Davey’s election bank account (coincidentally, one of the things she didn’t have prepared when trying to file).

The mayor clarified the issue, and then gave a little wink like in the movies when someone gets away with something. 😉

Spill the beans You know what they say about a messy house, right? Messy life. That messy house is whatever the hell is happening over at Key Colony HOA, who is the central HOA of the four other individual buildings’ HOAs in the compound. Oh, there’s also the Condo Presidents Association, which is this super board composed of more Key Colony HOA people.

Anywho, Antonio Camejo wrote a letter to the Islander saying that according to the super duper condo board, condos should not want the general obligation bond, and they should all vote that way. Then the Key Colony HOA, the central one, wanted to vote on that. Then this week one of the other Key Colony condo boards wrote in to say that they don’t care for Mr. Camejo’s super duper board, that the central board isn’t anything but a glorified landscaping committee and they should all shut up about external politics. That and they called for the head of the central board, Louisa Conway, to resign because she’s playing politics, is currently being personally sued by the former HOA manager, and is trying to pass these votes while running for council. And for some dysfunctional reason, they all decided to copy the Islander in all this communication. 🤷‍♀️

Cheat sheet Don’t walk into the polling booth blind. Here’s the ballot you’ll see when you get in there. If you need help, reply and we’ll let you know what to circle. ✏️

On a varied assortment of things in the last issue:

Ooooo…so much to comment on this one! I’ll go in order:

AMEN to, “when Key Biscayne was great again.”

Kids, if you’re gonna steal signs, do it at night, park far, and don’t wear bright colors. Don’t they teach you anything in school? (Well, not this week!)

Mike will still be blamed for 11pm [curfew].

From personal experience: we had new hurricane proof windows installed. When “inspector” came at the end, he never even opened one of them. Saw all from afar. I couldn’t believe it. No need for that department, if that’s how it’s gonna work.

Is [the] software provider Russian too?

At a table at Mrs Mac’s Kitchen in Key Largo (the new one, not the original) there’s the 5th edition from 1983 of a little recipe book, “The Key Favorites”, done by a women’s group part of the United Methodist Church of Tavenier. I actually copied the entire thing with the intention of transcribing it, and giving it to them (as I believe they still exist). I think this is a great idea that could be spearheaded by the Foundation involving some local senior groups and residents, including some of our chefs, and a nice book could be done and sold at local establishments. Thoughts? When my mom passed I inherited binders with her recipes, some from past relatives and have a ton of those as well. Meaning to put a book in both English and Spanish, maybe this could do. With such an eclectic mix on the island, I’m sure a great little book could be put together.

Loved most of this issue! My mom has a cook book “Sea Secrets” from the Bounty of the Sea Festival at Planet Ocean.

About the sign stealing, it is lame and I don’t remember it being a tradition. I would have been terrified. “New Key Rats” inspired because they think Biden is a Socialist/Communist? Pathetic.

Also about the MSO K-12, kids are not home doing nothing (sorry sensitive about public school), teachers have all kinds of platforms (Microsoft, zoom, etc); they are not snoozing.

Almost there, I can feel it 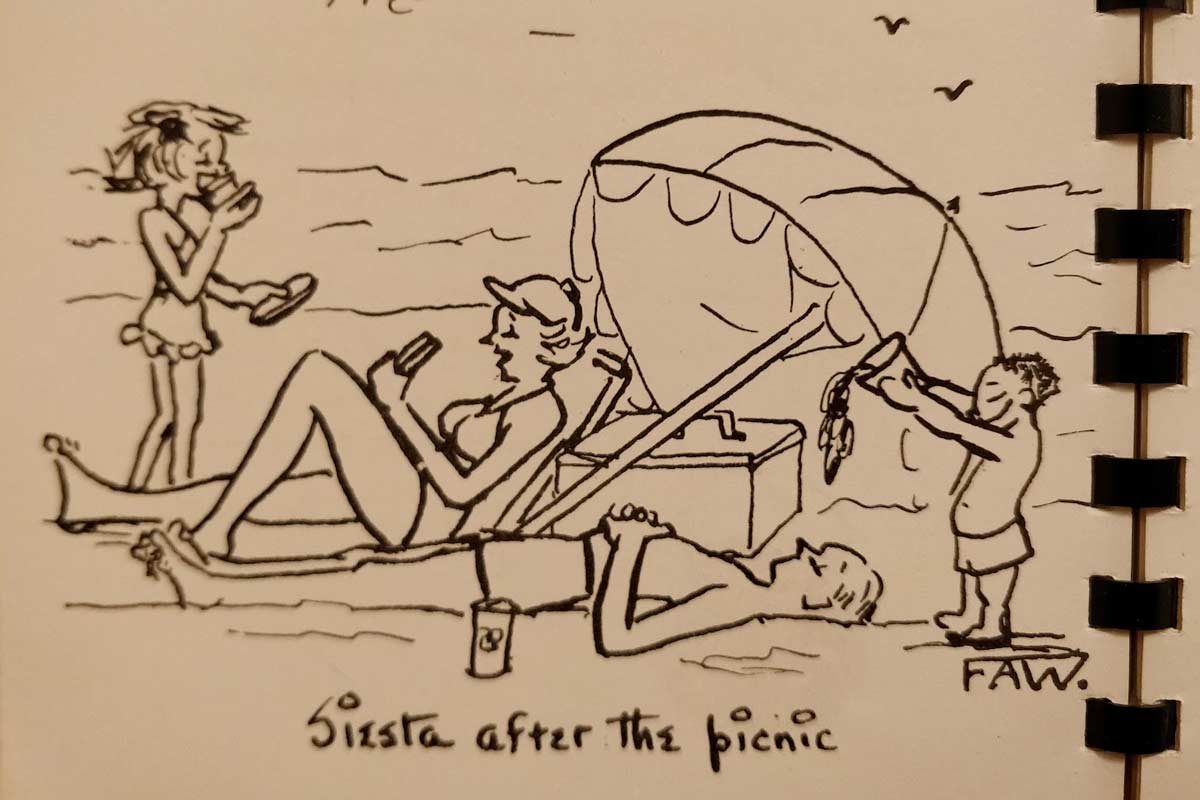 Here’s the entirety of Key Fancies, the 1954 original Key Biscayne cookbook from last week. With any luck one of you will make a casserole or some other concoction and share a picture with us, along with a review.

Questions, comments, tips, or to cover our ears until the election is over 🙉, write to hi@tropicalrag.com.