We’re three weeks out from an election and it’s covid so there’s no need for excuses: it’s mostly politics, but hopefully something you haven’t seen yet. Also, here’s a car crash: 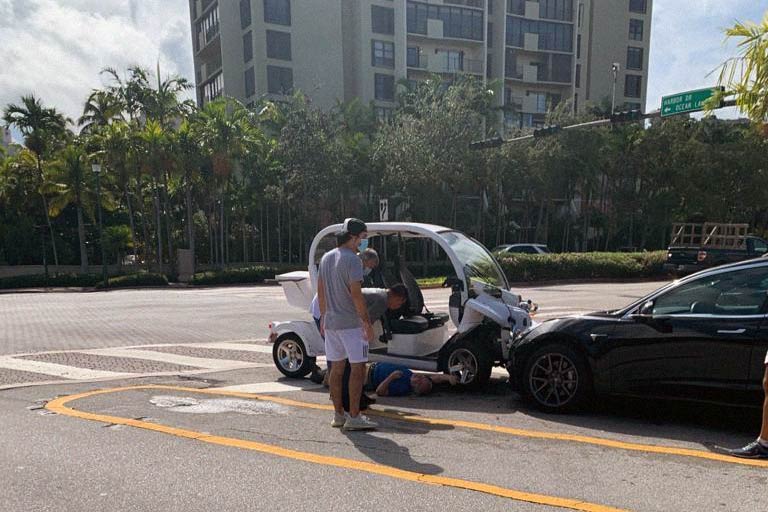 A game of chicken gone wrong (he was fine). 📸:UPTONG

VIP You don’t have to wear a mask anymore so it’s time to hit the club. Too bad you probably can’t get in to the hottest club on the island; Club 86.

So named for the mean age of its members, Club 86 was finally back at it last Friday. Plenty of drinks to go around for this motley crew, and for as rowdy as they got, they beat curfew by twelve hours. 🍻

A mailer went out, this time from the Democrat-leaning Blue Wave Coalition of Miami-Dade. It endorsed three candidates, bizarrely only one of them a Democrat. This mailer, thankfully and legally, had a contact address. When reached for comment, the group said two people from the Key chose the endorsements. Two people. 🤦‍♀️

After slacking off for months the Tropical Rag finally sent out its questions for the candidates on Monday. As of writing only one has replied, but as more come in they’ll be published here. If you already sent in your ballot you can still read them to find out how much of a blunder you made.

As the political season tis’ the Rag should write something about it, probably. The bond referendum has brought out some curious politics; ‘curious’ meaning it’s totally consumed anyone with an interest in Key politics. Here are some musings from your lowly editor on the state of the debate.

1. There are more issues on this island than a bond that will be decided by the time anyone gets elected.

2. Not one candidate has so far come out against any of the proposed projects.

3. Not one candidate has so far challenged the Village’s estimates for what it would cost.

4. The projects are going to happen, at some point.

5. Covid has a lot of people uncertain of everything. Uncertain people don’t want big moves.

6. Anecdotally, just watching the real estate sales every week it looks like sub-million dollar apartments are getting hammered. People are selling at a loss or not beating inflation.

7. “Blank check” is a very good sounding slogan, and it works.

8. In thirty years of KB government, I couldn’t name you a ‘blank check’, and I disagree with the majority of projects, even in hindsight.

9. On an island of ~15,000 people, I bet almost every opinion you’ve read on this issue (including chats and social media) has been written by ~25 people (😉). Most everyone else just fed off that.

8. Proponents don’t really acknowledge the tax burden or the uncertainty from covid.

7. Opponents don’t really either, but they’ve got their ‘blank check’ slogan.

6. Undergrounding the power lines is one of the projects slated for the bond. If you remember, there was a debate last year whether that should be paid via bond, or via individual assessment. If this bond wins out, it’s one less obstacle for those for the bond method. The former pro-assessment group are some of the loudest voices against the bond. The pro-bond voices are familiar from the opposite side. That said, there’s also a voice or two that doesn’t fall into this dichotomy.

5. The wonks’ meta-debate has turned from the bond, to if you trust the Village government.

4. Sowing a distrust in our government, considering their record, is a bad thing.

3. This is not some unprecedented island election. Every big project in the history of the Key has been this contentious.

2. There are more issues on this island than a bond that will be decided by the time anyone gets elected.

Regarding last week’s take on whatever is happening at the Winn Dixie:

Nice coverage on the crap with too much shelf space. I want to point out the Winn Dixie has insufficient shelf space for beer. It no longer has Michelob Amber Bock, Three Horses (a delicious Dutch beer at a domestic price) and other drinkable brews. Instead it shelves an assortment of piss – IPAs (that wouldn’t have been brewed had there been refrigeration to ship real beer from England to India) and flavored concoctions.

Maybe you could say a word about the paper section (toilet paper, towel paper, napkins…) of the Winn Dixie that has been empty since the beginning of the covid. Are we surrounded by papervores? 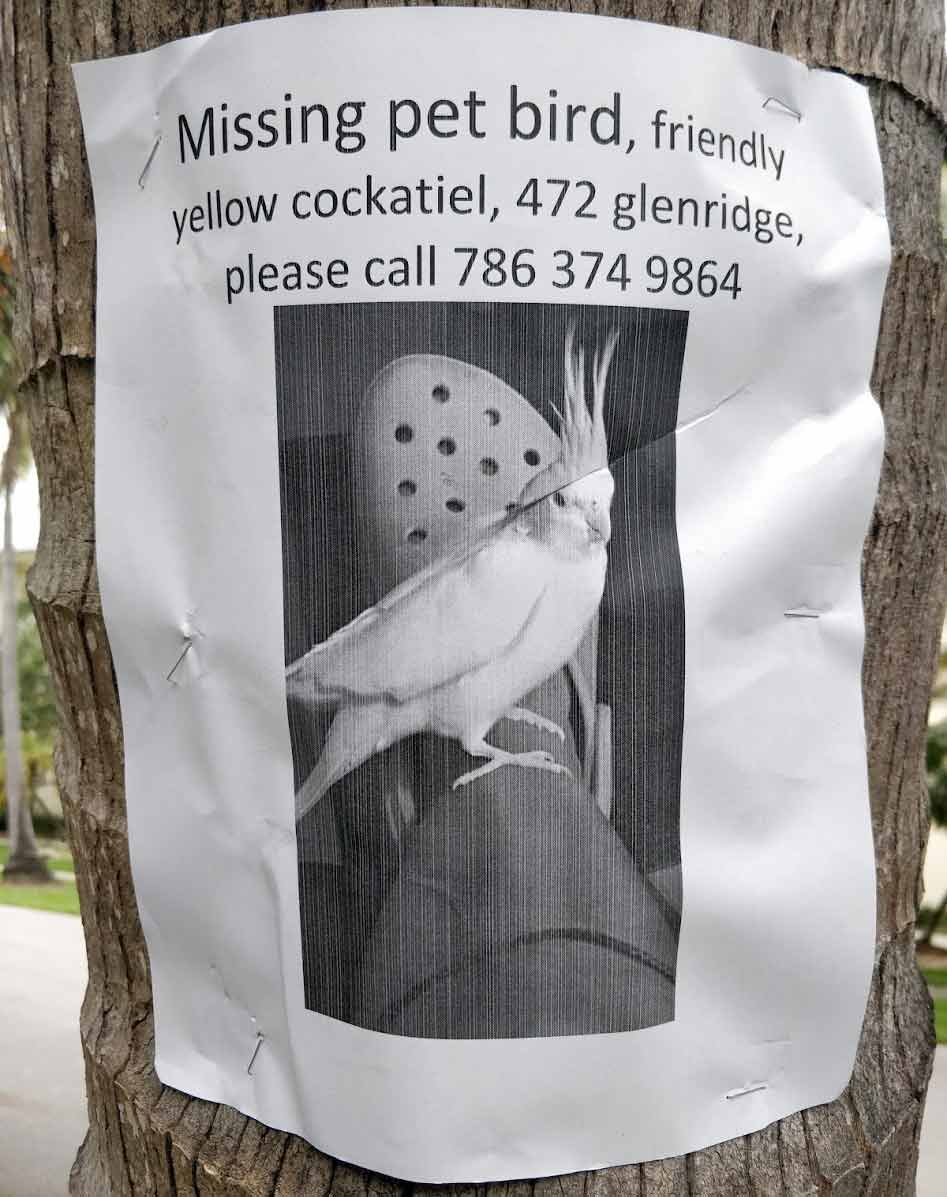 The croc has been found but the bird is still missing.

Be on your way

Questions, comments, tips, or to take off these wet clothes and slip into a dry martini together 🍸, write to hi@tropicalrag.com.

The empanada run got delayed. On to the next week!