We don’t really have seasons here on the island but if you pay close attention you can notice a subtle change in the colors in the sky as the months pass. 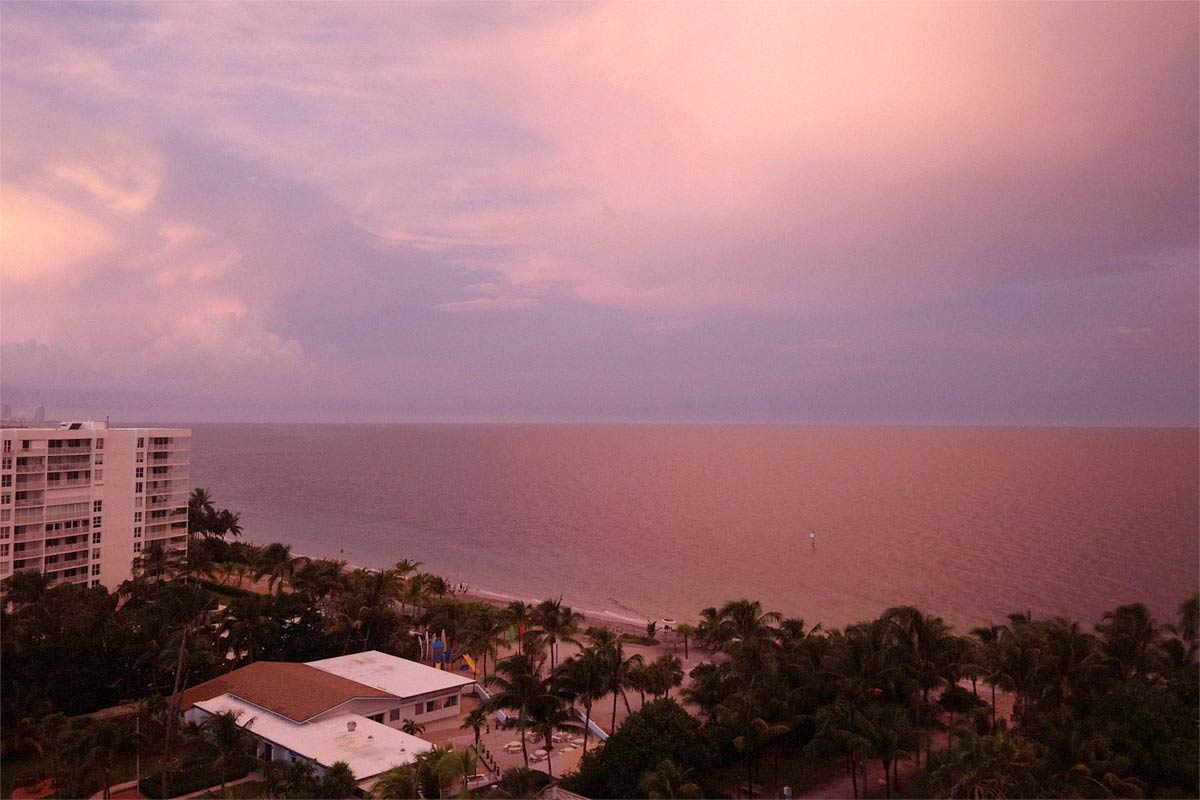 It turns a little more pink each time there's a leak at Turkey Point.

Also, a few people saw a shark this week.

Last call Dade County Mayor Carlos Gimenez has pushed back the curfew to midnight, and that includes us. Key restaurateurs are the most relieved by the news but added that given how lame the island is with regards to nightlife, they would’ve been fine with 11:30. 🥱

Welcome freshmen Who didn’t see this one coming? Two MAST students caught the covivi sometime over the weekend which resulted in the school being shut down on Monday. On Tuesday they had them all back in class (sans the kids with covid, one would hope) piled on top of each other.

Rumor has it the kids caught the virus at a party on the island, along with the slew of other diseases you get at any key rat getty, but they didn’t test for those. 💉

Dun dun Lastly, a hammerhead shark was spotted by various people swimming around the canals off Pines Canal. While seeing sharks in the surrounding waters is a common occurrence, hammerheads less so. Sending videos when you see a shark and telling people to be very afraid, that’s again very common. 🦈

Interview with an aspirer

Have you already decided on who you’re voting for council? Contrary to popular belief, there are many issues on this island that don’t involve bonds and can’t be reduced to populist slogans.

Your Tropical Rag sent out some interviews to all the candidates last week, and so far we’ve gotten two responses, from Matt Bramson and Frank Caplan. Guess that means you need to vote for one of them, lest the reputation of this fish wrapper be tarnished.

In hindsight, considering its location, its usage, and its price: would you have voted for Hampton park?

Frank Caplan: Yes. And I did.

Matt Bramson: Maybe—I would definitely have seen to it that it was well-maintained. But I also would have advocated for a “bigger move” and perhaps kept our funding powder dry and gone for a waterfront lot.

Read them in full:

There's stuff happening, but in secret

🎃 You need a pumpkin? St. Christopher’s has some sitting out front. They’re selling them weekdays from 2pm-6pm and weekends from 11am-6pm, but if you show up way later and aren’t afraid of hell you might be able to snag one for a heavy discount. 😏

Questions, comments, tips, or to stare at the stars together 🌌, write to hi@tropicalrag.com.