Thank god that by next week the election will be over. It’s gonna result in the biggest held-in fart you’ve ever experienced being released, giving you a huge sense of relief, and then making you check your pants to see if something happened. You’ll get over it, though, at least in the short-term. 💩 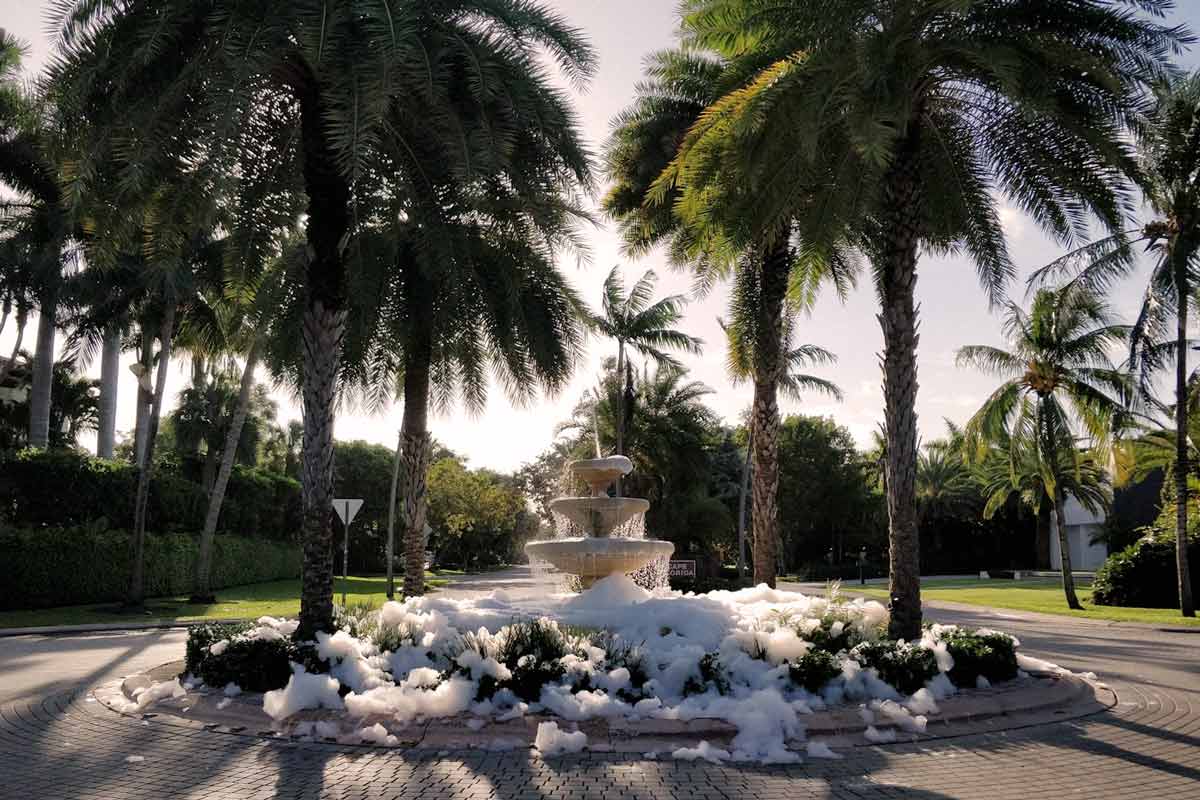 The real crime is that blue light they put on this thing at night.

Call it news if you want

Loud mouthin’ The Rag had to leave all the politics chats for mental well-being, and then this little tidbit had to come along.

Apparently, council candidate Reynaldo Figueredo was out on the street with a megaphone saying all sorts of stuff. Then something happened and someone was charged with ‘simple battery’, which is a legal term for touching someone in an altercation. The official sources are light on details, but the message is clear: people are going insane.

We screwed up Halloween: a rant

Halloween is canceled, that’s the official word. But is it really? Have you ever considered why there’s even an official Halloween to be canceled?

Halloween on the Key used to be just as Halloween is described: you walk around from house to house, or apartment to apartment, you knock on the doors and you hoped someone came out and gave you some crap. If you were unlucky no one answered the door, and if you were really unlucky they gave you raisins or a foam peanut. If you were really lucky there was a table in front of the door with a bucket full of chocolates and when you went in to reach for them a hand shot out from out of the bucket and scared the shit out of you.

Over the past, maybe ten years, Halloween on the Key turned into trick-or-treating along one block of Glenridge. Every lazy parent on the Key decided that was the spot, the Village played along and provided security, and other more caring but misguided parents started candy-funding drives to provide enough candy to the homeowners so they could give thousands of kids treats. Suddenly Halloween became an officially sanctioned spectacle, a manufactured Disney-esque thing, and now that the sanctioning bodies can’t do it, it’s called off.

The reasons this happened could be so many: expectations from media of what a Halloween should look like, condo-dwellers wanting to go to houses without making an effort, parents who never trick-or-treated getting into the vibe, and institutions willing to support the effort.

Halloween isn’t any of that, though, and the Key had such a rich, island-wide Halloween for years. The most organized event was the KB Bank’s haunted house, but really you would go trick-or-treating wherever you were. Whether that be Key Colony or on the houses on the west side, you were always going to try at plenty of houses that didn’t have anything for you. You just kept walking until you found some that did. You went to the big houses hoping they had better candy (they didn’t). You went to the school if you were looking for trouble.

Now is a good time to reassess what Halloween has become. There’s no reason that with Halloween being ‘officially canceled’ you can’t go trick-or-treating. If people have decorations in their lawn they probably have candy. No neighbor ever gets more than ten or so trick-or-treaters, so it should be fine covid-wise with precautions. Those opposed can just not answer the door, as they always did.

Some people will be doing some mobile candy giveaways via golf cart, and the KBCF has a house decorating contest running, but really, if we just give up on the spectacle and go back to our roots the Key’s Halloween will be better, easier, and more earnest than ever. 👻

Thanks for the amazing video of the flipped car. I drove by not long after and wondered how I would find out what happened.

Cookbooks are back in action:

Thought you might enjoy these photos. Found them while moving some stuff for my Mom 🙂 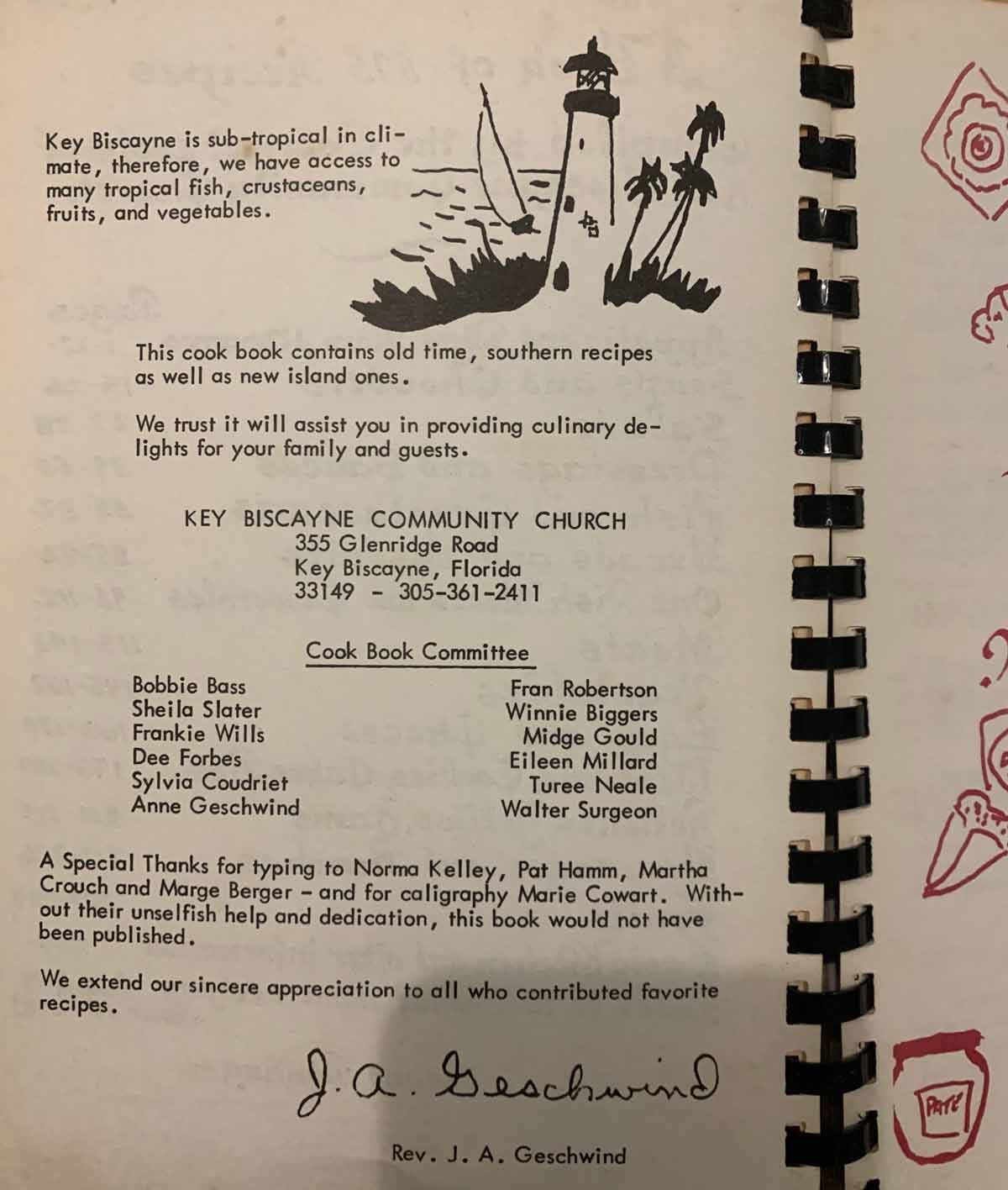 Credits from the '80s cookbook

One more thing: the magic 8-ball

The Rag can comfortably make these predictions as an internet publication, where next week no one will remember what was written (hopefully). After rallying against the spectacle of KB Halloween, here’s some written spectacle for you.

As of today, knowing what we know, here’s what the ouija board says:

Why this could happen: The Key largely votes Republican, and those that flipped for Mrs. Clinton last time feel more comfortable with Mr. Trump this time around. The council, regardless of individual positions, goes to who people know and those mentioned are the most popular. The bond passes on the same notion: the people you know, as opposed to those you’ve heard about online, are pro-bond.

Why it might not: the internet vote is real, times and people have changed on the island, and the Rag is out of touch and will soon need to move away like countless Key Rats past. Covid has people reluctant to make any big moves, especially regarding spending. Also, a vote split from 6 pro-bond candidates to 4 anti-bond favors the anti-bond crowd, and that’s all anyone seems to care about.

Why this could happen: Dade County goes blue most of the time. The mayoral election has been turned into a Dem/Rep thing, to our loss, so it trends the same way. The early voting shows nothing different.

Why it might not: nah, this one is for sure.

Why this could happen: Florida hasn’t been on the losing side of an election since ‘92 Bush v Clinton, and was on the winning side for more elections before that. That was the last of Democrats getting states like Louisiana and Arkansas. All indicators show that while the majority of people do prefer Mr. Biden, they aren’t going to show up to vote. The polls are right about preference, but not in turnout. Low Dem turnout in Dade, compared to Dem potential turnout, means Florida goes to Mr. Trump.

Why it might not: Florida is out of touch this time.

Stay tuned for next week where we’re broke on the bets we made. Also, if anything is wrong it will never be mentioned again. 😘

Questions, comments, tips, or to dress up as vampires for the full moon Saturday 🌕, write to hi@tropicalrag.com.