Masks on the beach, masks at the park, and masks while you walk your dog: masks in public are back, but more on that in a bit. 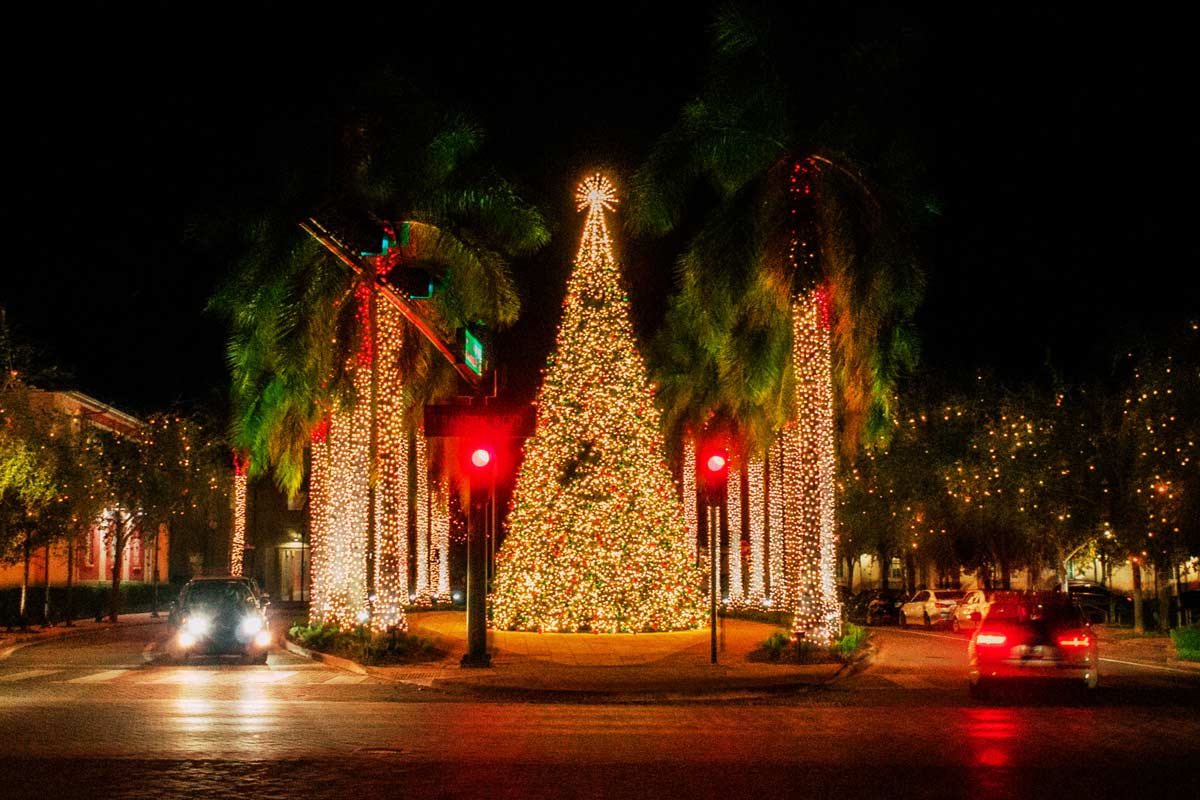 🎵 Simply having a wonderful Christmastime. 🎶

Mask up You invited all your friends over and you hit up the restaurants with all your Tinder dates; now the whole island has covid.

As covid infections continue to go up in Key Biscayne, the Council agreed Tuesday to once again enforce mask usage everywhere in public, as per Dade County rules. The police will be warning people and offering them a mask if they don’t have one, and then giving a fine out if they still don’t comply. 🚔

Feefees Do you own a house? Then your garbage bill is going to be moved onto your tax bill. That will make it easier to collect, as ~40% of you weren’t paying it. The fee will go up 25% next year, and then it’ll go down a bit the next two years after that. The service will be more comprehensive, though.

Do you own an apartment? Then your stormwater bill, which your building pays, will now appear on your tax bill. Make sure your condo association takes it off your maintenance bill.

Do you rent your place? Then don’t worry your pretty little head about it. 💦

Love/Hate Imagine you’re the chief of police in a place where the number one crime is cars being stolen because people leave their keys inside (it happened again this week), no matter how much you tell them not to. It might make you constantly second-guess what you’re doing.

KBPD Chief Press put his name in to take over Danielle Levine Cava’s now-vacant Dade County Commission seat. He took his name off the list before the vote happened, but not before telling a reporter he would quit his job in a heartbeat for the seat. Two years ago he put his name in for village manager, but also backed out before the decision. Now the Village made him interim manager on Tuesday while the Village looks for someone new. Hopefully that’s enough to take his mind off your car keys. 🔑

Let’s get something straight: masks work to reduce the spread, but if the Village really wants to have some impact on this current situation they’re going to have to think much further than requiring masks to be worn on the street. Masks on the street are good for solidarity, for getting people used to wearing them, but they’re as likely to make a dent in this as taking off your shoes at the airport helps in preventing terrorism. We need to make people feel once again that being in close proximity is a bad idea, especially indoors, and go all out to make sure the vulnerable are even better protected.

You’ve got restaurants and bars open, schools in session, organized sports going on, people back in the office, cold weather, and a covid fatigue that’s made us comfortable in tight groups. The couple walking their dog is barely a blip here, no matter how many people they pass.

Let’s think about how much cigarette smoke lingers inside versus outside. Now think of all those people inside restaurants, offices, and houses just breathing in and out. Where do you think it’s going to go?

The Village has put the cops on it, but the cops really aren’t the best tool for the job of getting people to care about this. The last time we had a mask-in-public enforcement, cops would go down the beach telling sunbathers to put on their masks, only for all of them to take them off as soon as they had moved on. The same thing played out at the parks and elsewhere on the island. It’s not out of malice (except for those few kooks who yell about their rights online), but of convenience and the normal thought that being away from others is enough.

The cops are spread thin on this, and then add to this the fact that the governor has said mask mandates are not allowed, and the law has become the wrong tool for the job. The cops do have a role in making sure businesses are compliant, though they mostly are; it’s the rules that are lacking, and those aren’t up to the Village to decide. The Village would be wiser doing a two prong approach: spread the message and get help to the vulnerable.

If you are in a vulnerable group you need to ditch that cloth or surgical mask asap. Get yourself some real-deal KN/KF-95 respirators. The Village should help with this. Those will actually protect you from others. Don’t trust the current gathering rules; they’re meant to minimize the spread while allowing society to function, not to stop it. You inside a restaurant for an hour is still a bad idea.

The Village needs to go all out on messaging. Get that community service aid out there at the Village Green reminding them to spread out, and telling people that of ~1100 covid cases total for the island since March, half have happened in the past month. Tell your own friends to spread out; that a mask doesn’t mean it’s cool to be breathing on your neck. Crack the windows if you’re indoors with others. If you’ve had it, tell the world about it. Then of course do your part and wear your mask, but don’t rest on that because it’s not nearly enough. 😷

The Village said they were going to start in September on a new parking project for the Village Green. They haven’t started that yet, but they have started on new sidewalks. 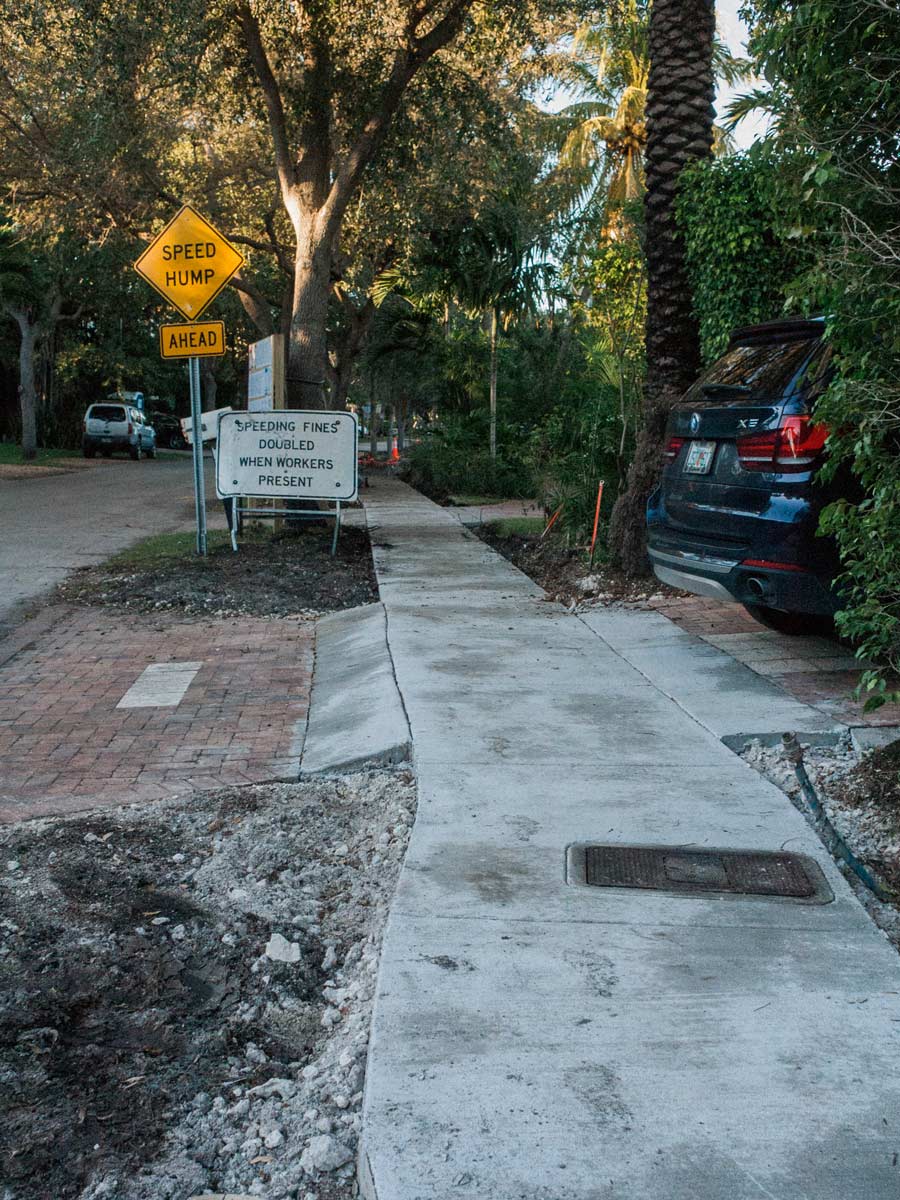 As a bonus, you can get a free speedbump in your driveway.

These will run down Glenridge, W. Enid, and Ridgewood towards the school. It’s part of the Safe Routes to School program that people were complaining about last year.

Questions, comments, tips, or to go for a stroll in a full hazmat suit together ☣️, write to hi@tropicalrag.com.

Don’t lynch me for the mask stuff; dumb people don’t read walls of text anyway. See you next week!