Don’t count on the Rag to give you one of those 2020 is over speeches. The difference between this year and next year is one day, or one week in Rag-time; hardly enough to change the world. 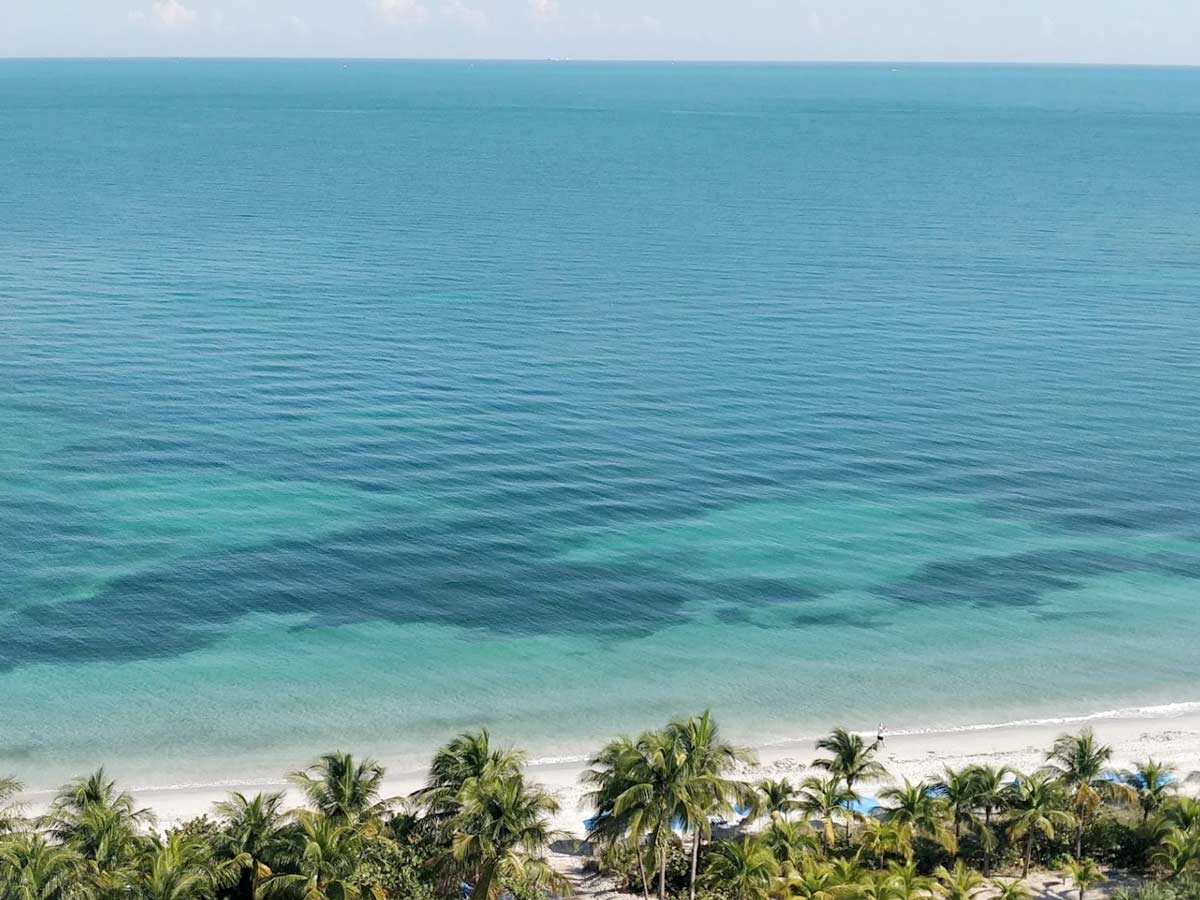 The nicest water last week if you could handle the cold.

Nah, just kidding. It is nice to be moving forward. Alright, let’s see what we have going here.

Get in the spirit Earlier this month some kids started messing around the island Christmas tree when some other guy decided to film them. Then there was a letter to the Islander accusing them of vandalism, and then nothing really happened. Anywho, you can watch the video and decide if it’s vandalism or horseplay, or just go on about your life because it doesn’t matter too much. 🐎

Always gotta make it about us Not a day after that crazy dude blew himself up in Nashville, someone called the police for a bag left outside Sir Pizza. Spoiler: it wasn’t a bomb, and the police knew it. But they got everyone out of the area to be safe, took the bag away, and that was that. 💣

How not to write

If you read this newsletter enough you’ve surely gotten used to the general schtick and the hack writing. If you’ve read it for a long time then you may have even grown tired of that writing and stopped reading because of it. And if you’ve been reading from the start maybe you’ve come to accept it’s always going to be this way, and like an annoying family member, you love it anyway.

One crutch the Rag falls on constantly are the cultural references strewn about almost every issue. If you don’t catch most of them, don’t worry, because here’s a list of almost every single one this year, in chronological order.

The reference is how it appeared in the Rag, the context is why the reference was used, and the source is where it originally appeared.

Reference: “Welcome to the world of tomorrow!”
Context: title of the first Rag of 2020.
Source: 📺 Futurama

Reference: “🍳 This is your brain”
Context: A calendar item for a conference at the Rusty Pelican discussing brain science.
Source: 📺 Anti-drug commercials from the late ‘80s.

Reference: “Smoke on the water”
Context: A calendar item for a Chainsmokers concert on Virginia Key.
Source: 🎶 Deep Purple – Smoke on the Water

Reference: “It’s not a watch, it’s a timepiece”
Context: Rag title referring to Rolexes being stolen.
Source: 🎬 variation of “It’s not a boat, it’s a yacht”; Starsky & Hutch (2004)

Reference: “Time out of mind”
Context: a guy had his rolex stolen by his ‘date’.
Source: 🎶 Steely Dan – Time Out of Mind

Reference: “Hobophobic”
Context: A story about people complaining about the homeless on the Key.
Source: 🎶 NOFX – Hobophobic

Reference: “So long and thanks for all the fish”
Context: The Village Clerk resigned.
Source: 📖 The Hitchhiker’s Guide to the Galaxy; message sent by dolphins as they’re leaving the earth.

Reference: “Do you like luxury? Do you like fine things?”
Context: calendar item for Key Biscayne luxury homes tour.
Source: 📺 “The Spy” SNL (2005)

Reference: “Life during quarantine”
Context: Rag title at the beginning of the pandemic.
Source: 🎶 Talking Heads – Life During Wartime; variation of.

Reference: “Fiddler on the balcony”
Context: article about people playing music on their balconies during the pandemic.
Source: 🎭 Fiddler on the Roof

Reference: “Zen and the art of bike maintenance”
Context: article about Bicycle Bill and meditation.
Source: 📖 Zen and the Art of Motorcycle Maintenance; variation of.

Reference: “Nothing is over!”
Context: end title of a Rag.
Source: 🎬 Rambo: First Blood

Reference: “iTs bEttEr to bE sAfe tHan soRRy,” and, “iN jaPaN tHey aLWayS tAke tHEir shOEs oFF.” (mocking text)
Context: article mocking people who thought their shoes had the virus.
Source: 🌐 Mocking Spongebob meme

Reference: “Your moment of zen”
Context: a kid jumped in a Village Council zoom call and said some shit.
Source: 📺 The Daily Show with Craig Kilborn

Reference: “The sound of sirens”
Context: Rag title when the easter bunny went around with KBFD/PD sirens blasting.
Source: 🎶 Simon & Garfunkel – The Sound of Silence; variation of.

Reference: “Fit to print”
Context: title of the news section for that day.
Source: 📰 New York Times slogan; variation of.

Reference: “96 degrees in the shade”
Context: article talking about people dissing the manager.
Source: 🎶 Third World – 96 Degrees in the Shade

Reference: “Hum the piano exit from ‘Layla’ to yourself”
Context: end title of a Rag.
Source: 🎶 Eric Clapton – Layla; the ending.

Reference: “Fight for your right”
Context: article about protests on the island.
Source: 🎶 Beastie Boys – Fight for Your Right

Reference: “What’s a good plate with nothing on it?”
Context: Photo of a decorative Oasis plate.
Source: 🎬 Clerks

Reference: “My corona”
Context: article about, you guessed it, coronavirus.
Source: 🎶 “The Knack – My Sharona”; variation of.

Reference: “What was all that one in a million talk?”
Context: Rag title referring to the $100m bond issue.
Source: 🎬 Dumb & Dumber

Reference: “The more you know”
Context: title for the news section this issue.
Source: 📺 NBC PSAs

Reference: “Feelsbadman.jpg 🐸”
Context: article about a village meeting that didn’t go as planned.
Source: Pepe the Frog; variation of.

Reference: “Boat 54”
Context: article about the KBPD marine patrol getting lost.
Source: 📺 Car 54, Where Are You?; variation of.

Reference: “And then there were ten”
Context: title of a Rag about all the election candidates.
Source: 📖 And Then There Were None; variation of.

Reference: “Breakfasts come and go, guys, but real research, in the Rag, that only comes around maybe once or twice in a lifetime.”
Context: Intro to this issue.
Source: 🎬 Mallrats; variation of.

Reference: “They’re baaaack”
Context: Car thieves return to the island.
Source: 🎬 Poltergeist II: The Other Side

Jesus, that is way too many cheap references. Some of these even appeared more than once, though they weren’t documented here. It just goes to show that you get what you pay for. 😜

They pressure cleaned the sidewalks on Crandon which were very dirty. Give credit to whoever approved this! Keep up your good work!

Questions, comments, tips, or to meet up on the windy beach tonight 🥂, write to hi@tropicalrag.com.

More poor writing in the new year! See you then.