Knee deep into the new year and we’ve already got some goofy stories to get it going. Also, no pandemic talk! 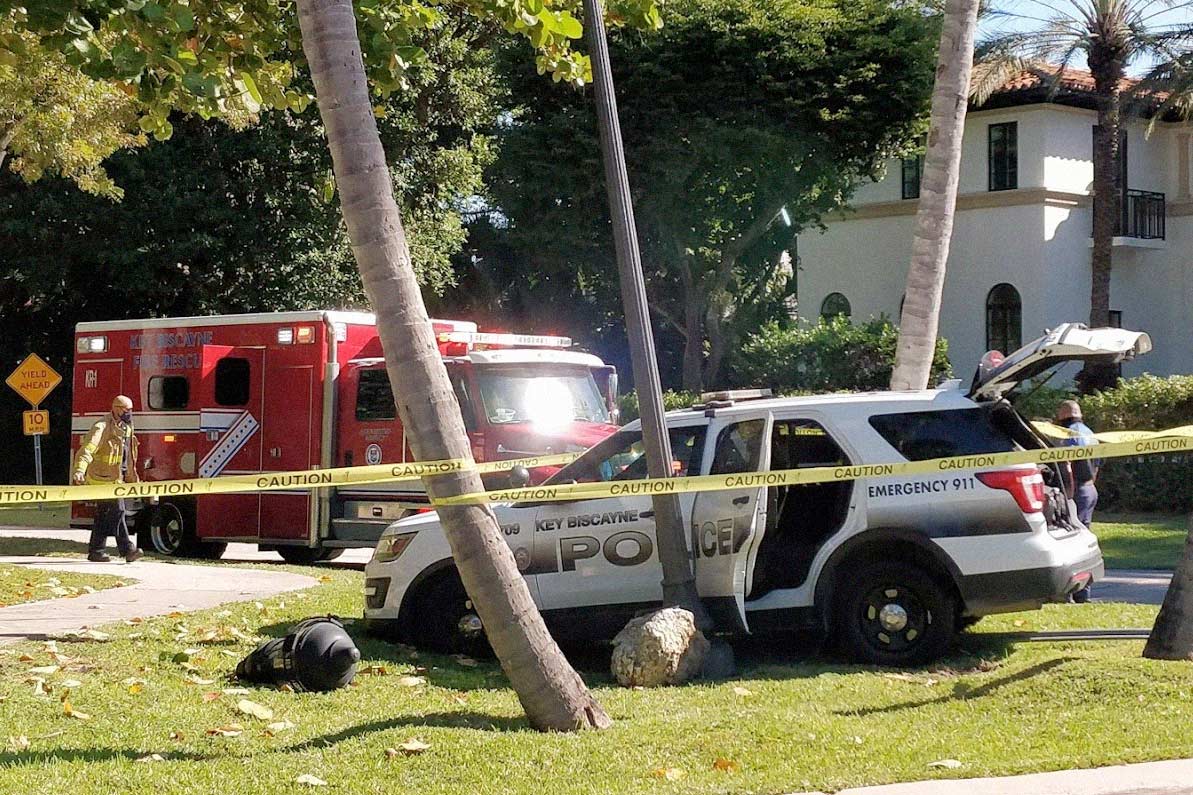 The annual KBPD/KBFD picnic was at a weird location this year.

The context: someone left their keys in their car on Sunday, the car was stolen, and a cop crashed trying to get it back. A story as old as time. Let’s get on with it.

Spontaneous combustion One of the last remaining Stiltsville houses burned down on Monday morning in spectacular fashion.

Known as the Leshaw house, it wasn’t exactly a looker, but since the houses aren’t allowed to be rebuilt or restored, every single one counts. That leaves six remaining houses. 🔥

Bitter little lies Key Biscayne chat chats were at it again last week when a rumor spread of a molestation incident between kids at the Village Green. Your typical outrage ensued: these kids are out of control; the KBPD doesn’t do anything; it’s been ten minutes since we learned of this, why hasn’t the Village issued a formal response‽

You know where this is going. Eventually Chief Press did issue a formal message: there was a thing between some kids, but your chat molestation rumor is bullshit. The person who started the rumor never faced any repercussions and is currently devising another little something to keep chipping away at trust in society. 💬

Guess the leg Are you or one of your friends missing a leg? It has turned up at Crandon Marina. 🦵

Yes, there are gray foxes on Key Biscayne. One decided to take up residence in our neighborhood starting in 2018. He was a nightly visitor to our yard as seen on the security cameras. Eventually he was joined by a smaller female (I am assuming), and became so comfortable with our presence that I would see him looking at us through the back door on occasion. We had a 4-pound Min-Pin at the time, so I could never let the dog out in the yard by herself for fear of her becoming an impromptu meal.

I showed the first pictures of the foxes to a biologist at Cape Florida Park for identification. They confirmed it was in fact our native gray fox, but then told me about the “secret” non-native red foxes that lived in Cape Florida Park prior to Hurricane Wilma (I believe). You probably can get a more accurate story from one of the park biologists, but the red foxes were thought to be descendants of the foxes that escaped during the infamous 1926 Biltmore Hotel fox hunts.

Questions, comments, tips, or to say thanks to my girlfriend for putting up with my writing this every Wednesday night 😘, write to hi@tropicalrag.com.

Go out and make some news for us. See you in a week!