Nah, the title’s not true. It was meant to be an April Fool’s joke but it was too heavy handed and it was canned. There was an incident last night on Crandon but it wasn’t particularly funny. The video footage can be found here. 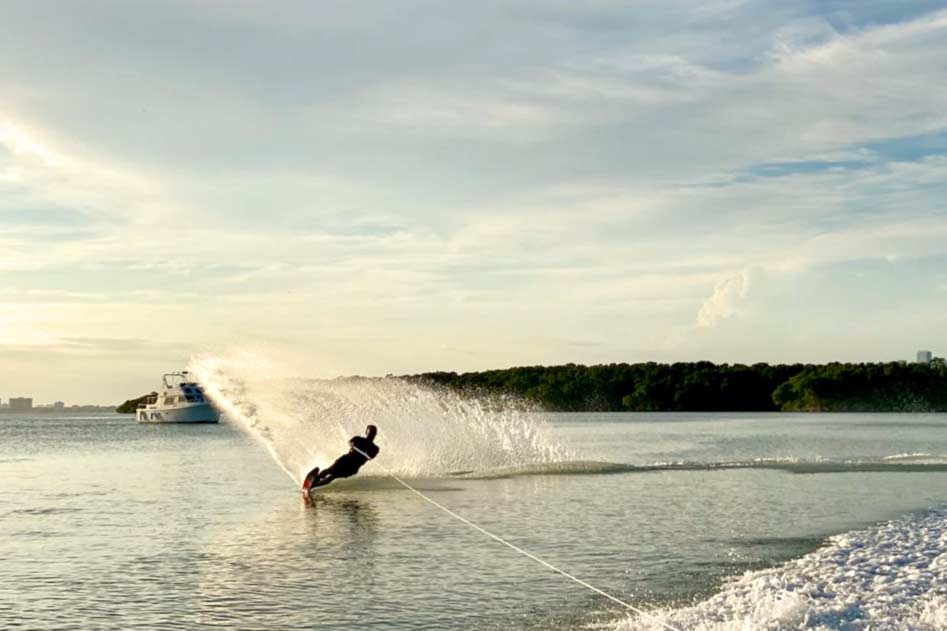 And that's why they call it the ski hole.

Alright, internet April fool’s day is over. It’s a short one today.

Funnel cake Someone was a little late to the party with their hate for the dog park this week (it was very contentious when it was proposed). Some rat poision was found on the ground and the police are investigating how it got there. No dog was harmed in the making of this news report.

If you know someone a bit pathetic, with a diabolical tinge but little creativity, maybe ask them if they did it. 🐶

For the wonks (and the pseudo-wonks)

This week at the council, what was supposed to be an easy meeting, a meeting where the only real voting was a second reading to buy a new firetruck, it got a little harry.

That process was so rigorous that one of the top candidates packed up and bowed out as soon as the results were in. That left council this Tuesday with a situation where some were not satisfied with the rest of the field. Then Councilmember Moss suggested putting current interim manager, Chief Press, into the candidate pool.

To understand this, you have to understand that there’s a bit of split on council. As a generalization and opinionated way to describe it (and take this as such because people are more than the words written here), Councilmembers Lauredo, London, and Segurola are keen on a manager who comes from outside, while Councilmembers McCormick, Moss, and Caplan are open to both someone from outside but now could go with someone from inside who they already know. Mayor Davey is taking a deserved vacation and doesn’t want to hear it.

So when Councilmember Moss suggested this week that the interim manager Chief Press should be considered, it was not well received. It was an affront to the original idea that the new manager would be picked from outside, as agreed.

At this point it should be mentioned that Councilmember Lauredo made certain claims that there was a conspiracy afoot, insinuating that there was prior knowledge that Chief Press would be proposed for the position. They got all heated about it.

The conspiracy talk doesn’t really affect the meat of what we’re talking about, though: if you’re a politician and said the manager would be from outside, and you went through the outside probing process, and all the current outside options are crap (to you), but you know some of your colleagues were really banking on an outsider, is it fine to pick someone from the inside or should you stick to the original plan? 🤷‍♀️

Questions, comments, tips, or to help write a newsletter about the Key 🗝, write to hi@tropicalrag.com.

Why can’t they all be funny?