Some punk kid hit someone’s dad in the face with a skateboard sending him to the hospital, and yet we’re dumb enough here in this issue to still defend young people. 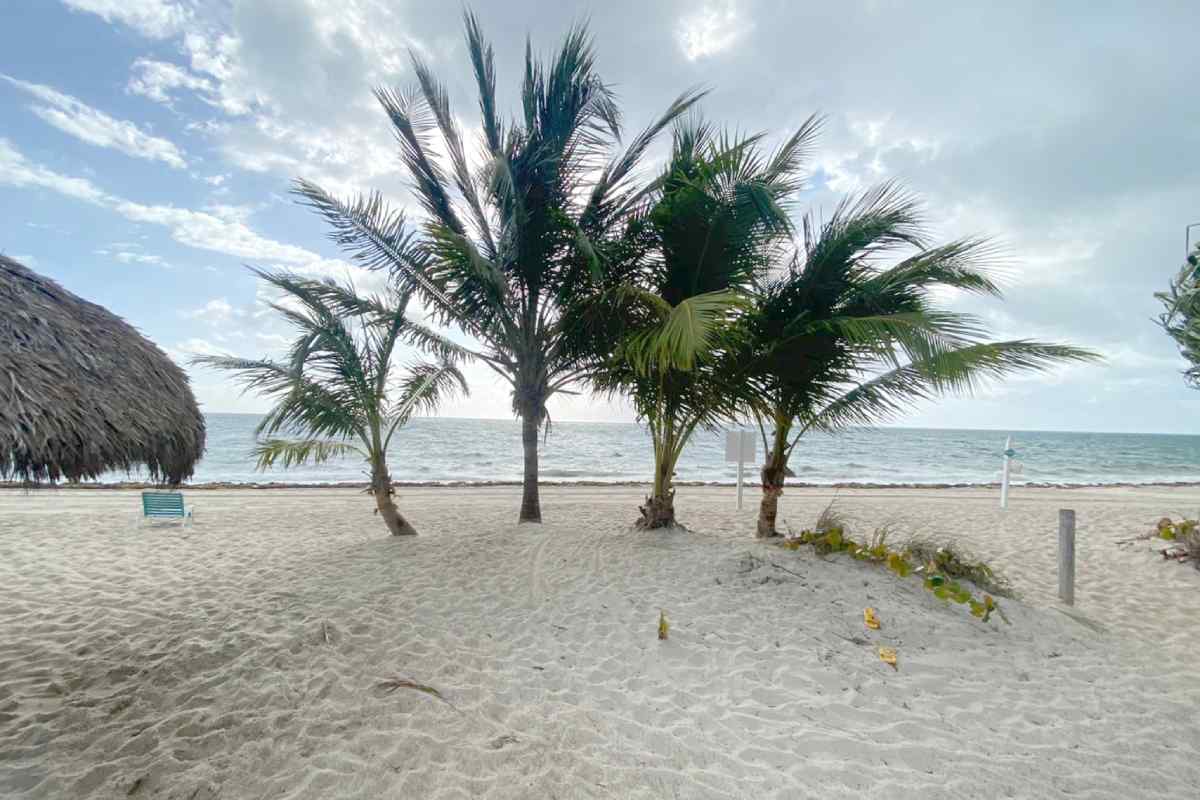 The view is so much nicer now that they got rid of some of those chickees. 📸:4C

Still out of town, still half-assin’ it. Enjoy.

Thrasher On Saturday night, a guy was assaulted in front of his family. According to the guy’s wife, a couple of teens were throwing rocks at cars from the median on Crandon when they hit a golf cart. The driver went over to confront them, an argument ensued, and as he was leaving one of them wacked him in the face with a skateboard. It knocked him out cold, and broke his nose and jaw.

As of writing not much is known about the perpetrators. They quickly took off in a car after the incident and the police investigation is ongoing. 🛹

Top shot Buried in a story about vaccination rates across Dade County was this little factoid: we can say with some accuracy that most every adult on the Key is vaccinated.

The Herald got the vaccination rates by zip code from FDOH and compared them to the census estimated population, and for us it came out to 100%. Give or take the margin of error, take the under-18s not vaccinated, and give or take the skeptics, and we’re probably still at a very very high number. That means it’s finally safe to bring back those secret afternoon makeout parties at the Calusa Playhouse. See you there. 💯

Keep out Three weeks ago a reporter tried to go to a council meeting and was denied, with the Village citing Covid protocols. The Village was going to work on getting new protocols in place so that a limited number of people could attend the meetings. Well, the time came and went, the Village somehow couldn’t figure out the simple task of letting a few people in a room, so they just kicked out the reporter once again. 🤷‍♂️

We back And finally, if you love being elbow to elbow in large crowds in the basking hot sun with sweat down your back, down your crack, we’ve got some very good news: the 4th of July Parade will take place this year at more or less full bore, down Crandon Blvd., with the stage in front of the Village Green. 🇺🇸

A rambling rant in defense of being young

There are ~2000, maybe more, teenagers and young adults on this island. There’s likely more now than at any other time, and a select number of them have participated in petty crime and criminal mischief.

But what I read and what gets forwarded to me as your lowly editor are just attacks on teenagers in general. Teens shouldn’t be allowed to be in groups and the cops should disperse them anywhere they go because they’re responsible for all these problems. I’m not sure who these people are and what kind of sad teenage experience they had, but it’s the same people complaining about everything all the time, and they love to generalize.

Teens are an easy target, as they’re generally not savvy in defending their right to congregate and be in groups, which is completely legal, no matter how obnoxious it is (and it is obnoxious, no doubt). They have little money, they don’t have their own spaces, and at a time in their life when all they’re thinking about is getting laid the last place they want to be is in some parent-supervised space (unless they have some kind of kinky parent fetish, but that’s for another day).

Maybe you read this and think it’s an excuse for criminal activity, but it’s not that at all. It’s an excuse for the teens on the Key who aren’t criminals, aren’t assholes (or at least more of an asshole than every other asshole around town), but still like to be out at night with their friends and don’t deserve to be dispersed by cops. Imagine being told that you and your friends should leave the park because the community feels that adults commit most of the crime in this country.

Good kids won’t get caught up in this, that they won’t have their rights violated, but they inevitably will because that’s what happens when you cast wide nets and that’s exactly what’s happened in the past.

So if you don’t cast the wide net what do you do about the crime? With the joy riding, the most prominent thing, you’re gonna have to charge these kids who get caught with something, even if it’s not a felony. Charge all the people in the golf cart also, to spread the message. The same for the rest of the criminal mischief.

Some say get the parents together for some kind of meeting, but the only parents you really need to reach are the ones of the kids who do this stuff, and they’re not going to your meeting. Better might be to go to the schools and explicitly talk to the kids about the mischief, how it seemed funny for a bit but now we’re all annoyed, and spell out the real consequences.

It’s a bit underwhelming to suggest these things when others are calling for swift blood to be dealt, but solutions to these things aren’t as open and shut as people make them out to be.

(This doesn’t address the assault because that’s a whole ‘nother level of crime, and we don’t have any hard details about the perps.)

There’s this other thing brewing in this crime conversation, and it pops up in these discussions as a subtle nod to one side or the other: there’s a group of people who want KBPD’s Chief Press fired, and another group who defend him.

Once you know about it you’ll see it all over when reading about this crime stuff.

Questions, comments, tips, or to drink some malört together 🥃, write to hi@tropicalrag.com.

Finally back in our timezone next week. See ya then.