A little town has little to talk about, or that’s the way it should be anyway. Enjoy it for the next two weeks before things ramp up again. ☀️ 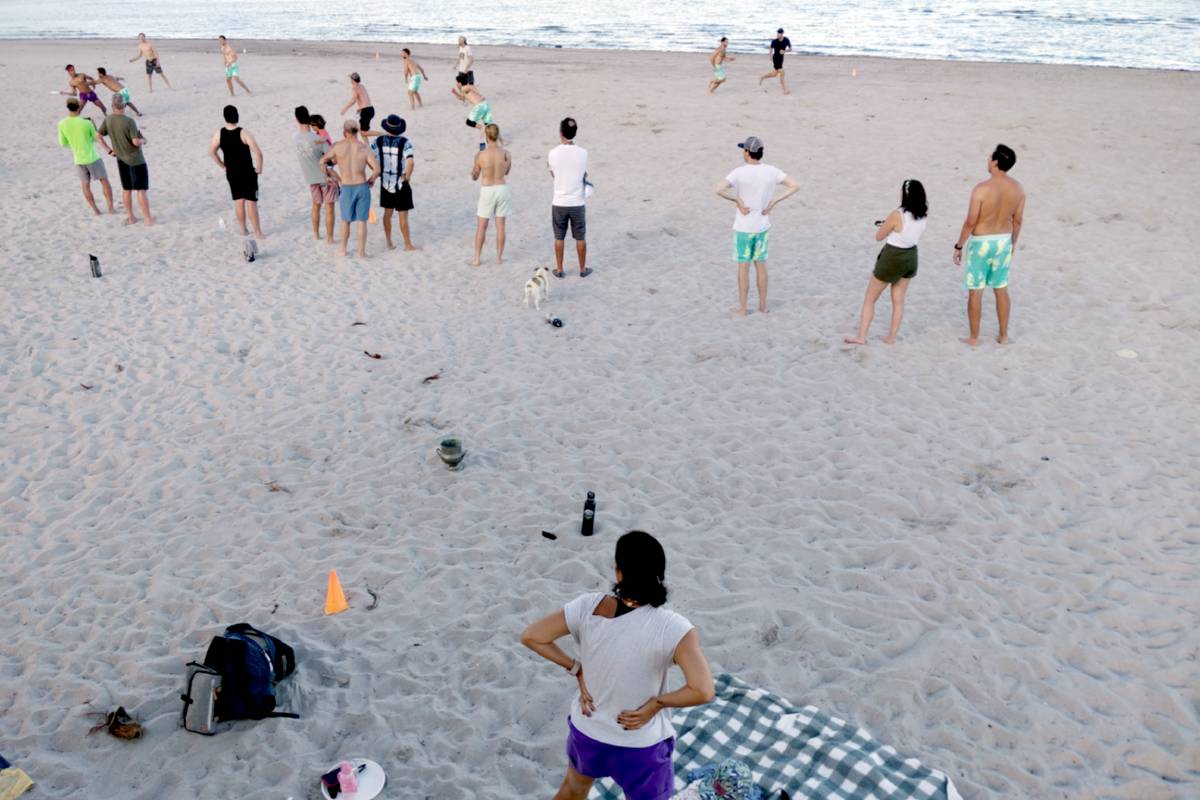 The interesting thing they're looking at is off camera.

A light fluff of news

Neverending story The Village is back with masks inside government government buildings for both employees and visitors. Honestly, these reports are too tiring. We’ll report next when they all give up and we learn to live with it. 😷

Round 1 Things are going to get a little ugly before they get better. Oh, who are we kidding, we’re years away from things getting better.

Following up on last week, it looks like the KBCF is going to court against a resident. The resident, who paid to have his hokey rants in the Islander, declined to retract claims of illegality by the KBCF, which the KBCF alleges are defamatory. Now they’re going to let a jury decide. ⚖️

New boss MAST has a new principal. Dr. Cadian Collman-Perez is coming in to take the place of the outgoing principal, who got a better job where he doesn’t have to deal with Key kids and their parents. 🎓

The Village just launched their new website. It got a fresh coat of paint. The thing with government websites is that they need to present a ton of information, and organizing that information so that it’s easy to find is the real challenge. The goal should be the least number of clicks and scrolling to find what you need, presented in a format that’s easy to read.

At first this was going to be a detailed nitpick of the new site, but that’d be a bit dense. Instead, just go to the website yourself and see if it’s any less clunky than the old site. For instance, try and find the bulk trash schedule. Or just try and find the next council meeting agenda. Bonus points if you do this on your phone, which is still being treated as a second-class citizen in 2021 (there really is nothing worse than having to scroll horizontally to read text on a phone; it should never happen).

The price of the new site was quite a hefty sum, and was contracted a good while ago. We don’t have the specifics, because they were too hard to find. To be fair, they’d be hard to find on the old site also. For that kind of money, though, this organizational problem is what should have been tackled. Instead it’s just a fresh coat of paint. 👩‍🎨

A note about the peanut gallery: please don’t go out of your way to try and identify the writers of the comments. The initials are used instead of their names so as not to have these takes follow a person for the rest of their lives on the internet. Last week two people had the same initials. It doesn’t mean it’s the same person. It’s called the peanut gallery for a reason. This is not the section to take too seriously. Actually, this is the one section that should be outright dismissed first.

Reacting to all the KBCF stuff recently:

The two people on the Council who helped get rid of the KBCF should be voted out of office at next election. Both are so negative and not willing to listen to facts. They remind me of Trump supporters. We need to get the best candidates to confront these people and get the KBCF back supporting the residents of the Key.

Remember all the good the Foundation under Melissa has done when elections come up. We need to actively support candidates in favor of reinstating our relationship with the Foundation. Too bad the elections are not sooner.

On the changes coming to the causeway:

Can’t be at the 8/4 meeting, but bikes need to pay tolls. They want to be treated as “vehicles” and we must “share the road” as they take over a lane, and sometimes both, then the need to pay like a vehicle does and obey red lights. Just because you don’t see anyone coming, doesn’t mean you can just take it. SunPasses on all helmets!

You can go back to sleep

Questions, comments, tips, or to put together a frisbee team together 🥏, write to hi@tropicalrag.com.

Slow as summers go. See you next week.